For my generation our first introduction to Arlington Cemetery was in 1963 when John F. Kennedy was buried here.  Sitting in front of the TV with our boxes of kleenex, my mom and I wept for our neighbors to the south and for ourselves.  How could this happen?  Kennedy was my first hero who wasn't  portrayed by Hollywood.

Arlington Cemetary started off as a fully working plantation owned by Mary Custis Lee, wife to Robert E. Lee.  Looking down from a hill onto the city of Washington, it became a very strategic point to control during the Civil War.  It is probably the only place taller than the Washington Monument.

Arlington Cemetery came into existence after the Civil War as the national cemetery for the nations heroes.

The first tomb for the "Unknown Soldier" for the Civil War including remains for both Union and Confederate soldiers was erected here in 1866.


Beneath this stone repose the bones of two thousand one hundred and eleven unknown soldiers gathered after the war from the fields of Bull Run, and the route to the Rappahanock,  their remains could not be identified. But their names and deaths are recorded in the archives of their country, and its grateful citizenshonor them as of their noble army of martyrs. May they rest in peace!September. A. D. 1866. 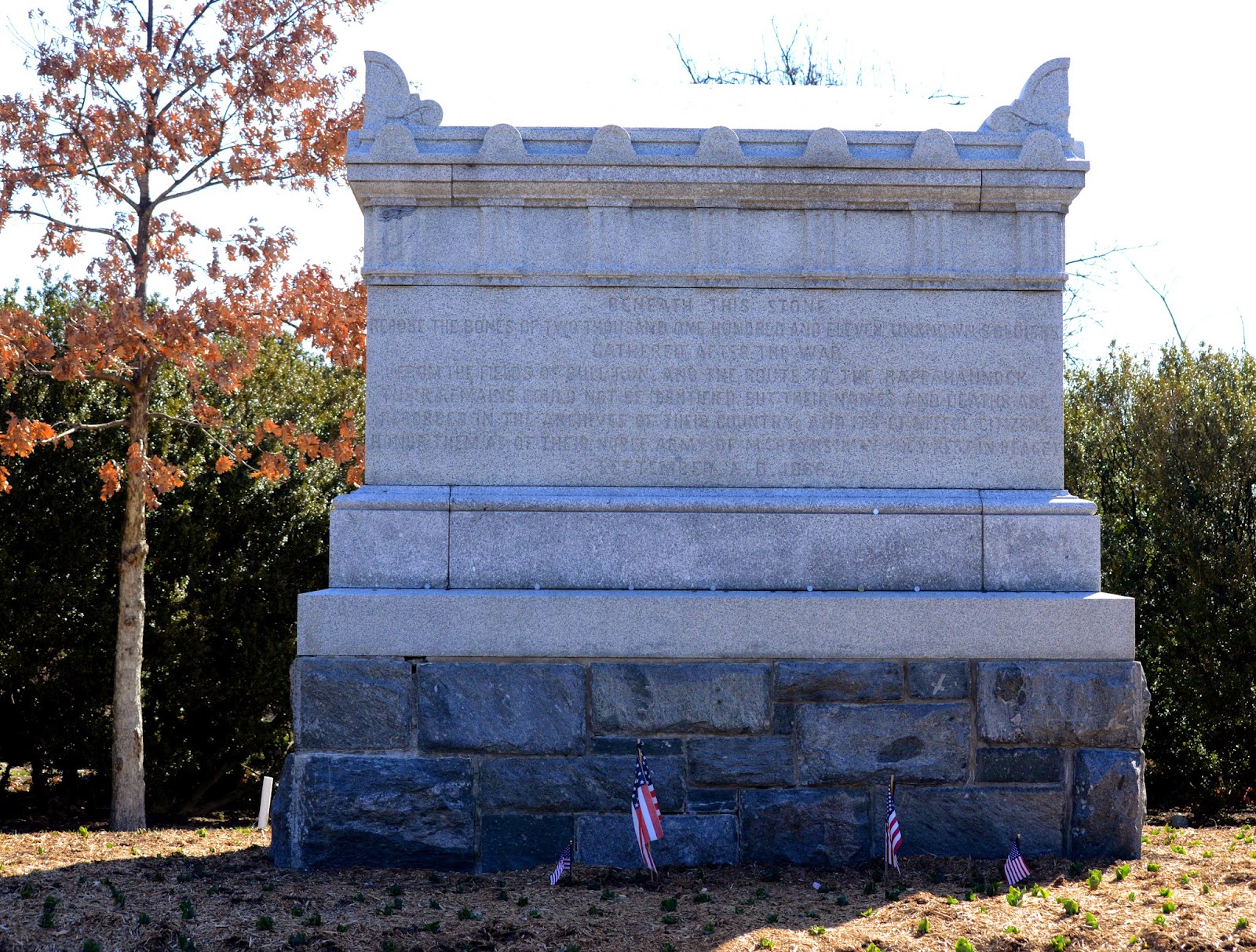 I was surprised and pleased to see that a soldiers wife was allowed to be buried with him. 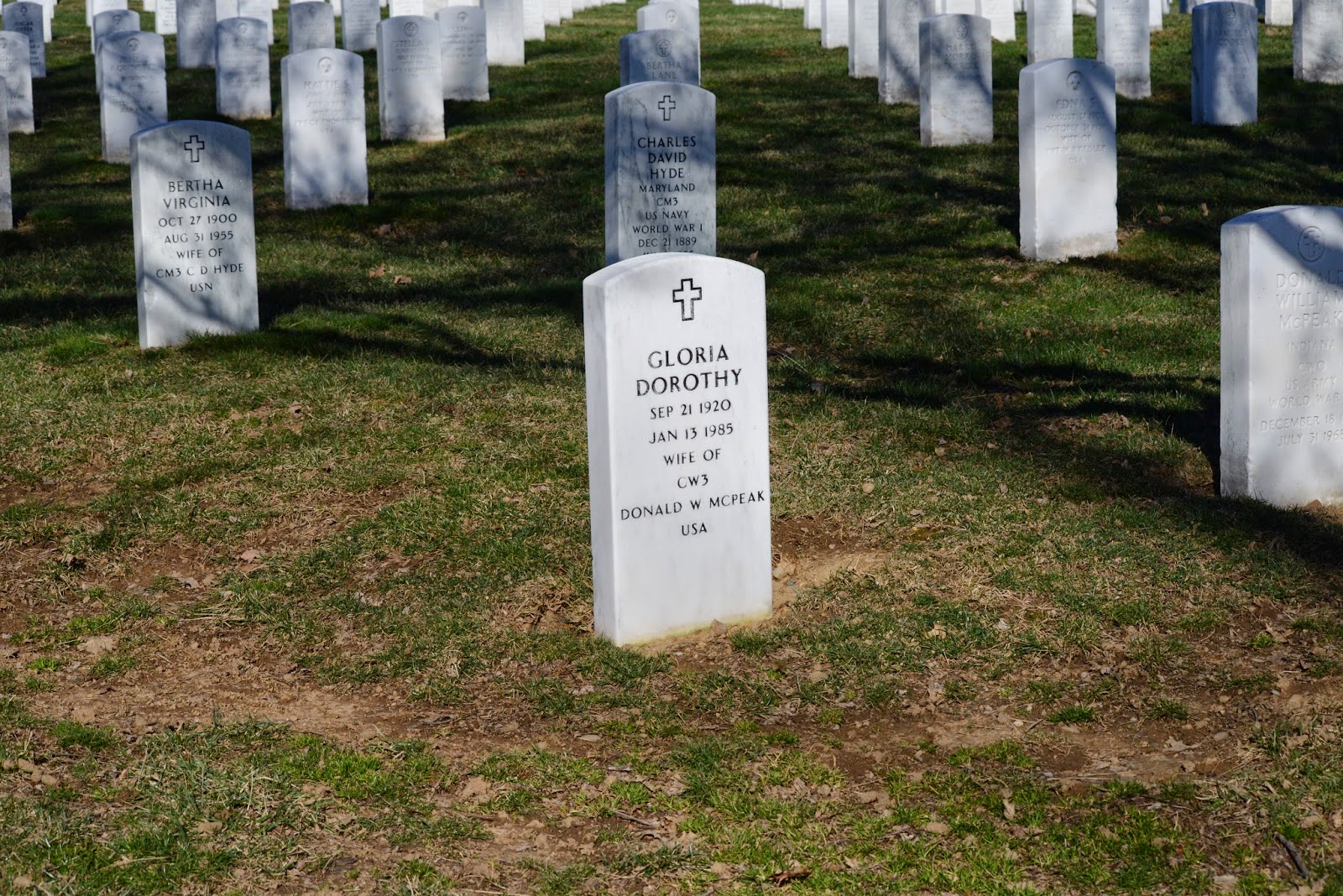 This is the view from the original plantation house looking down over Washington.  The road leading towards it is where Kennedy's motorcade came.  It was lined with mourners. 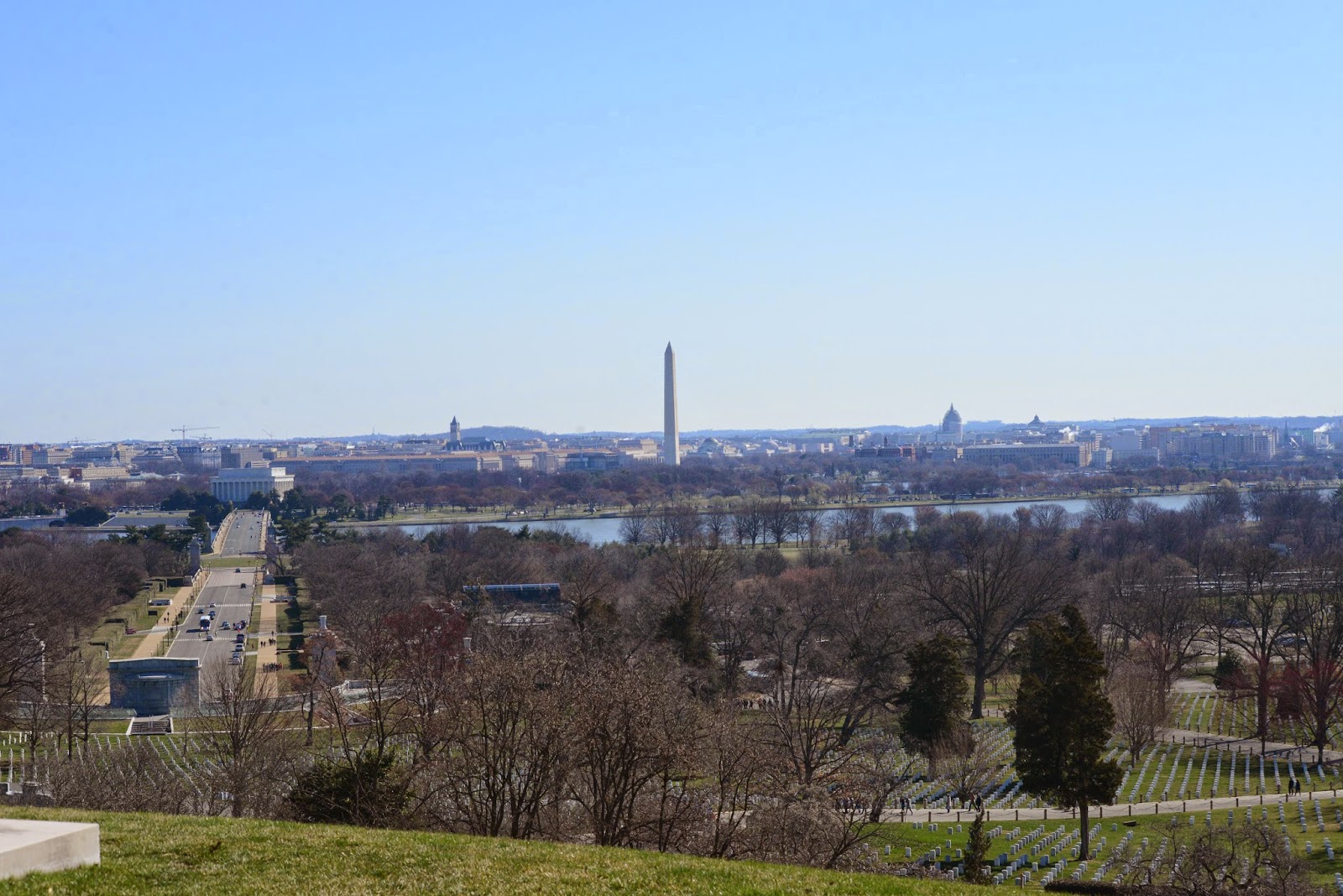 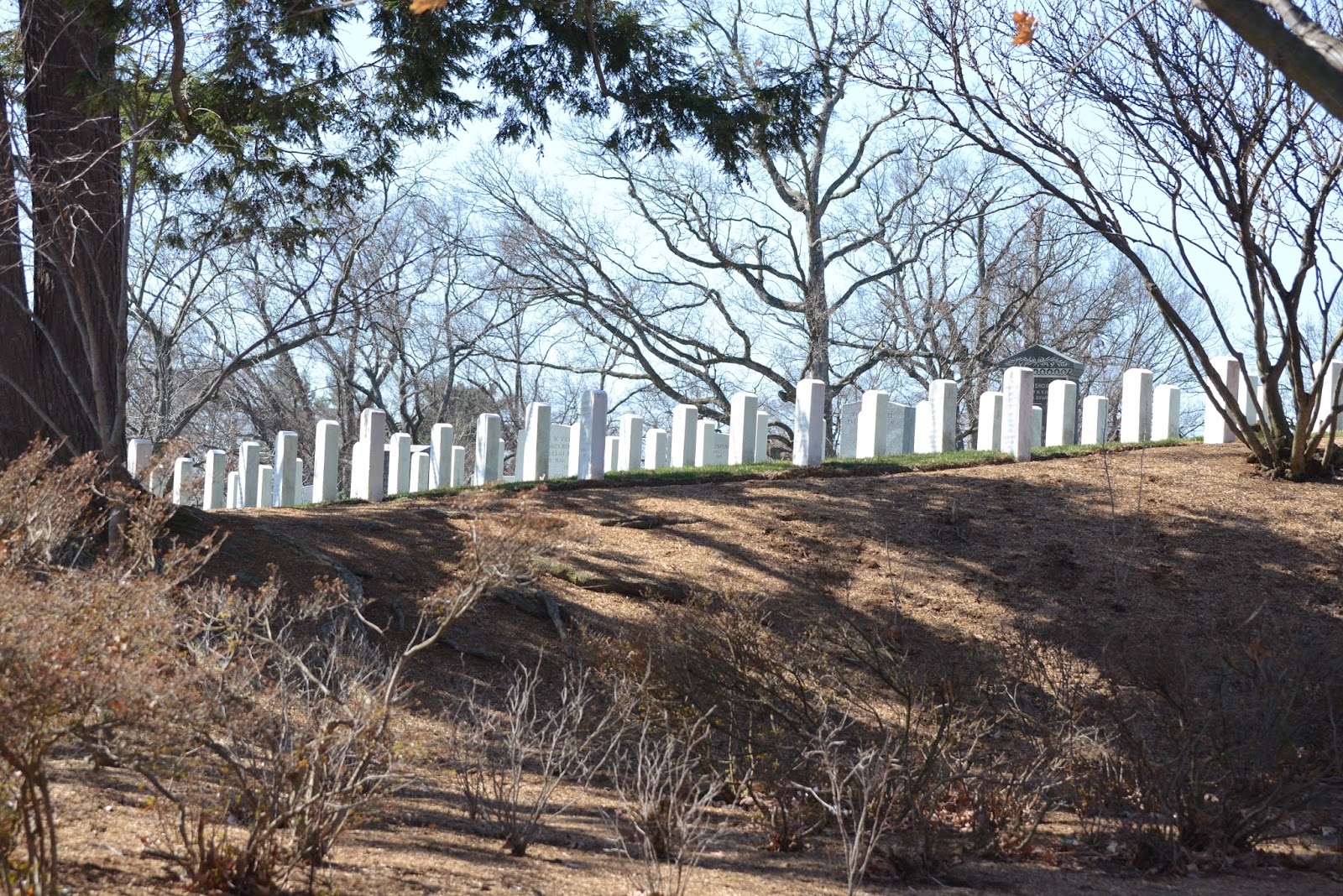 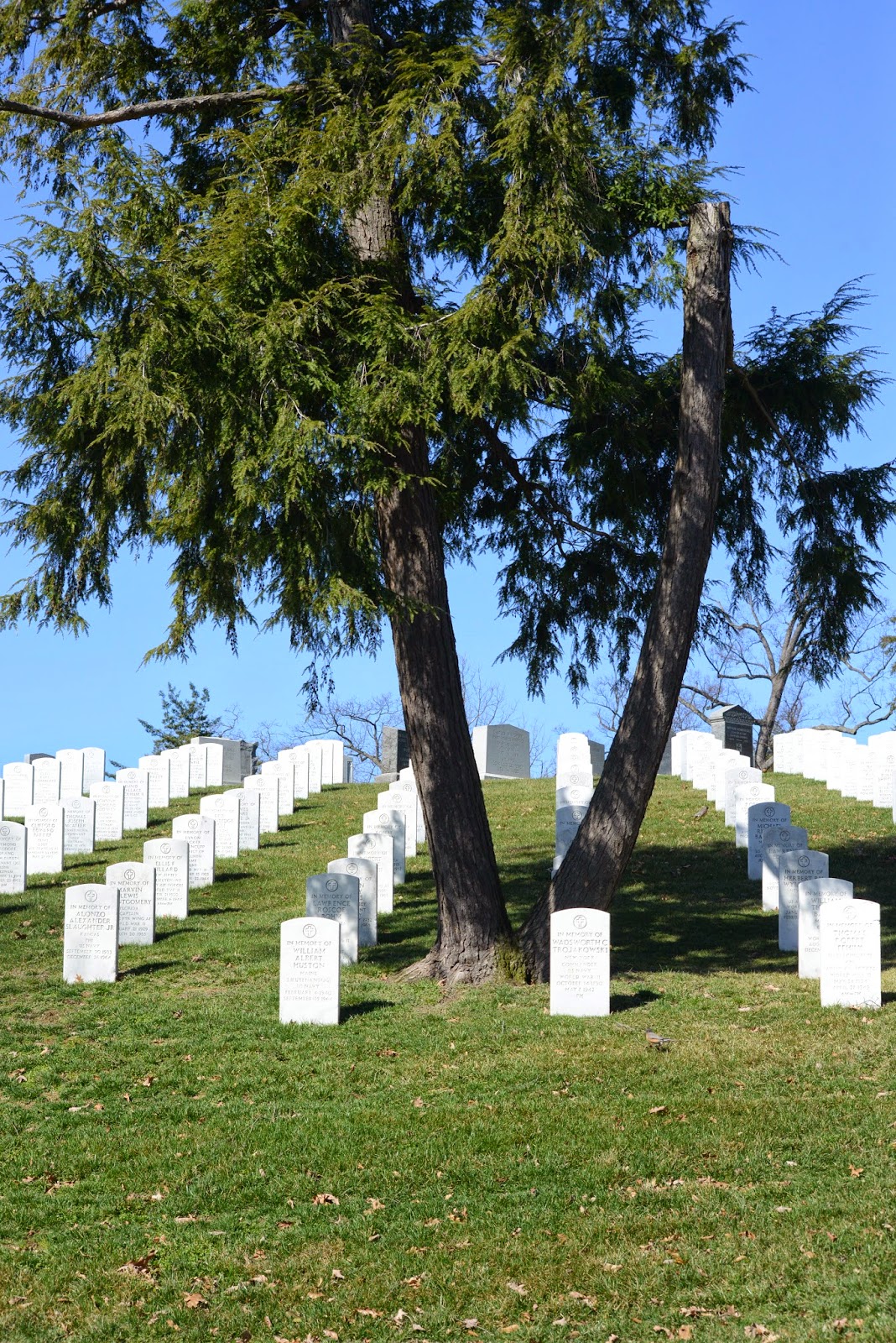 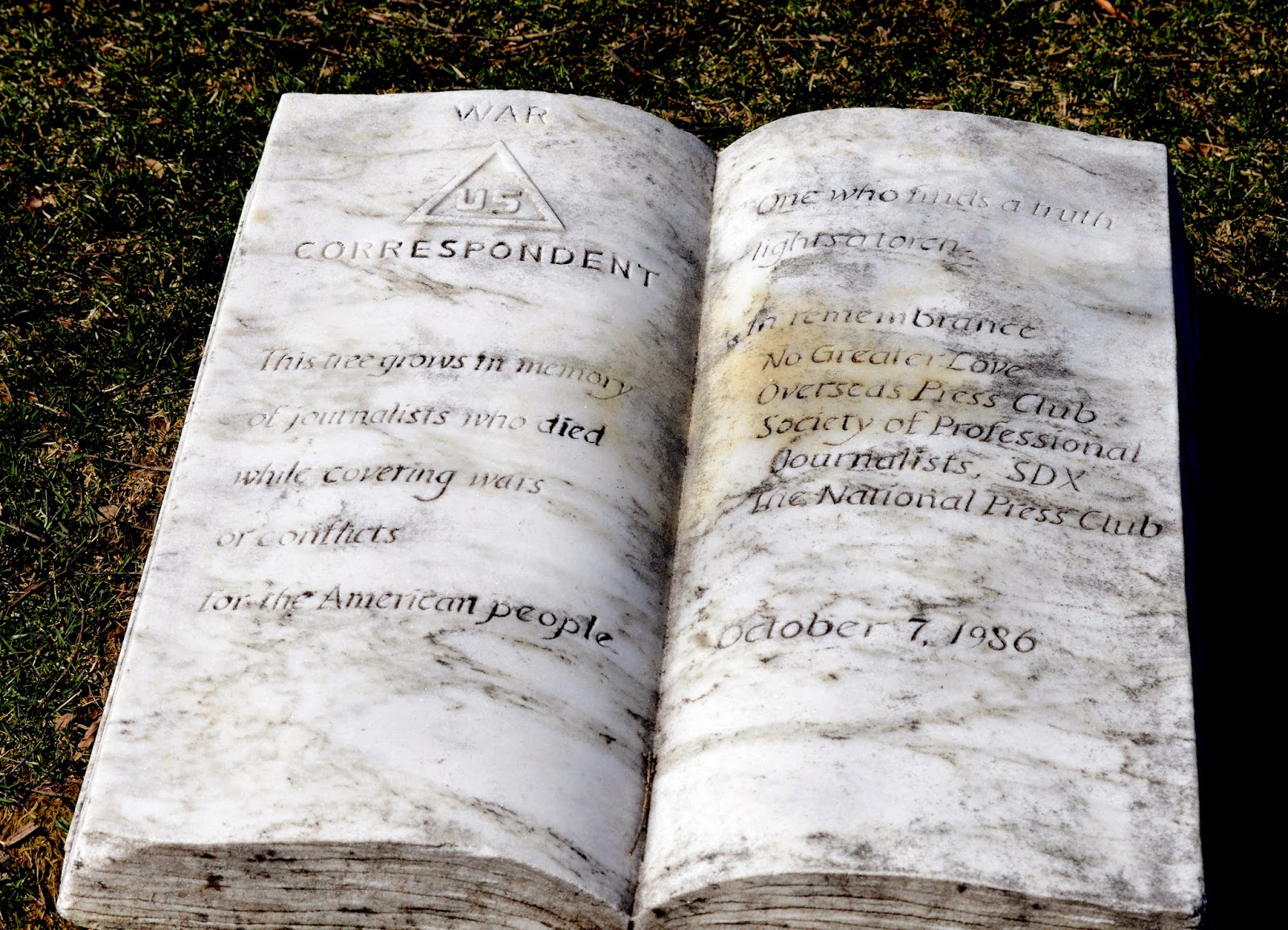 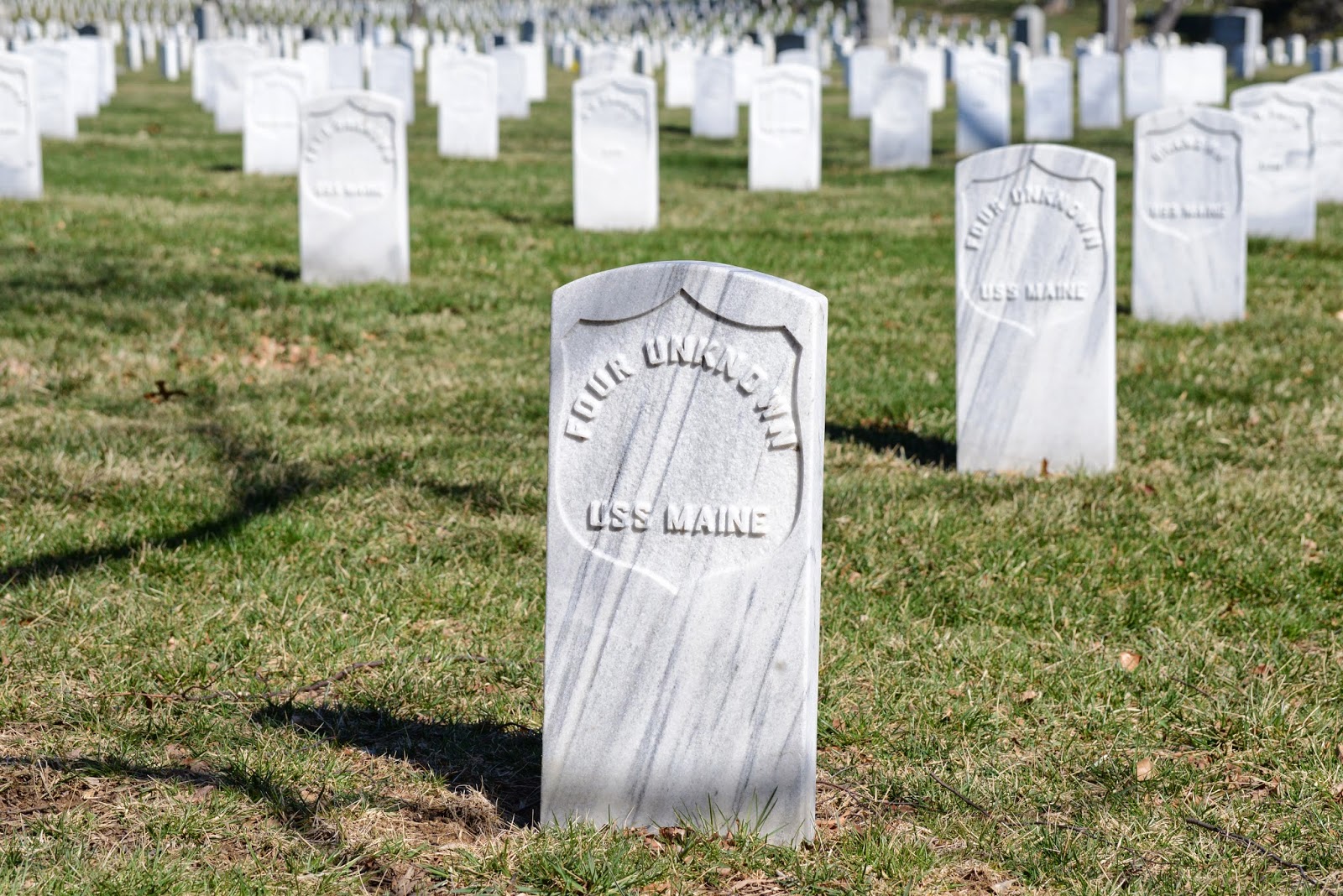 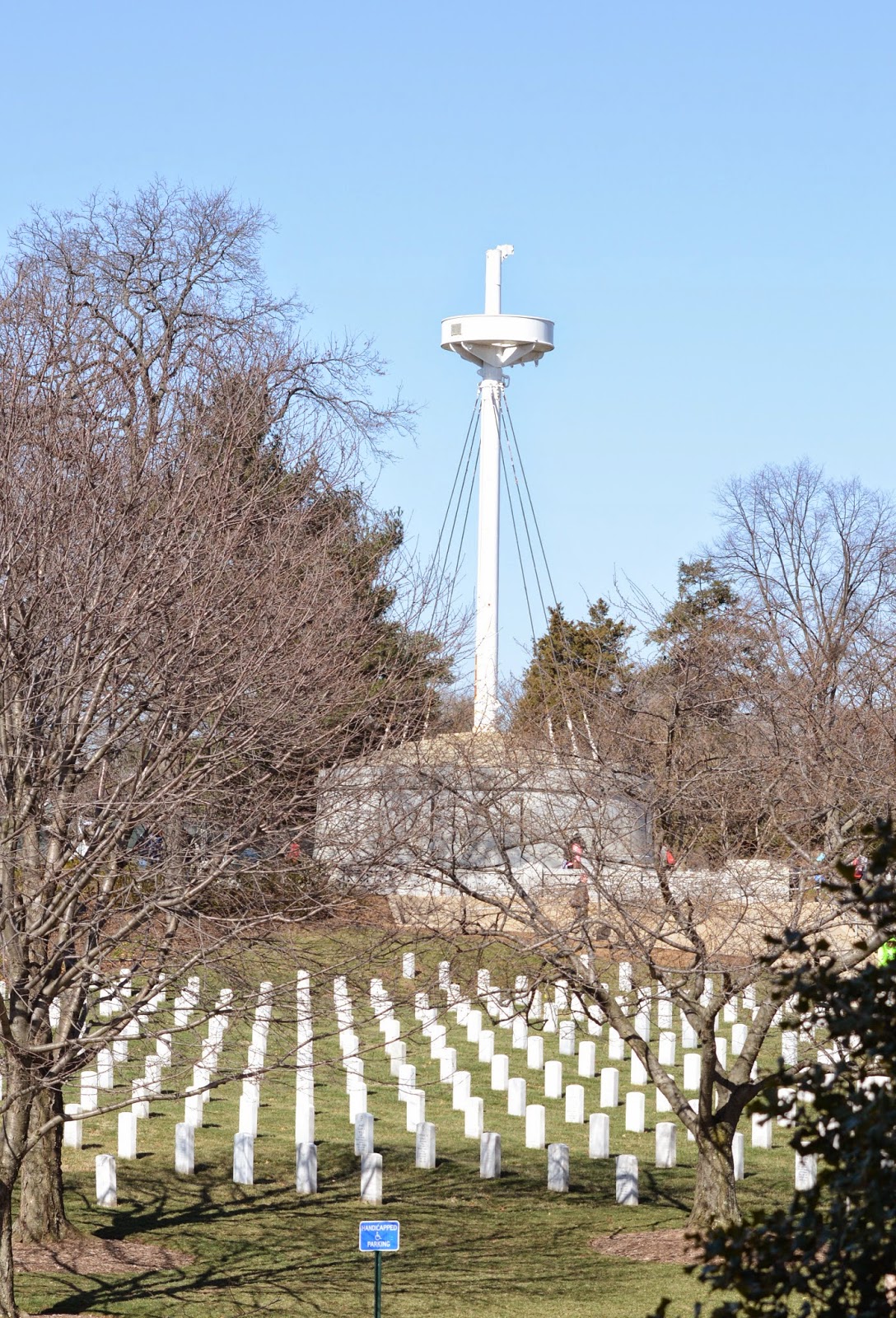 The above is a monument to the sailors on the USS Maine who lost their lives when it exploded in Cuba.  The mast, the anchor and a canon form part of the monument.

The cemetery was full of school groups and other tourists.  As you walked the hills, there was lots of talking and laughing until they came to the Tomb of the Unknown Soldier for WW1, WWII, Korea and Vietnam.  A hush fell over the crowd as we watched this young man march back and forward so diligently honouring the men and women who fought so bravely.  It brought back memories of our own Nathan Cirillo who was killed while guarding our tomb in Ottawa. 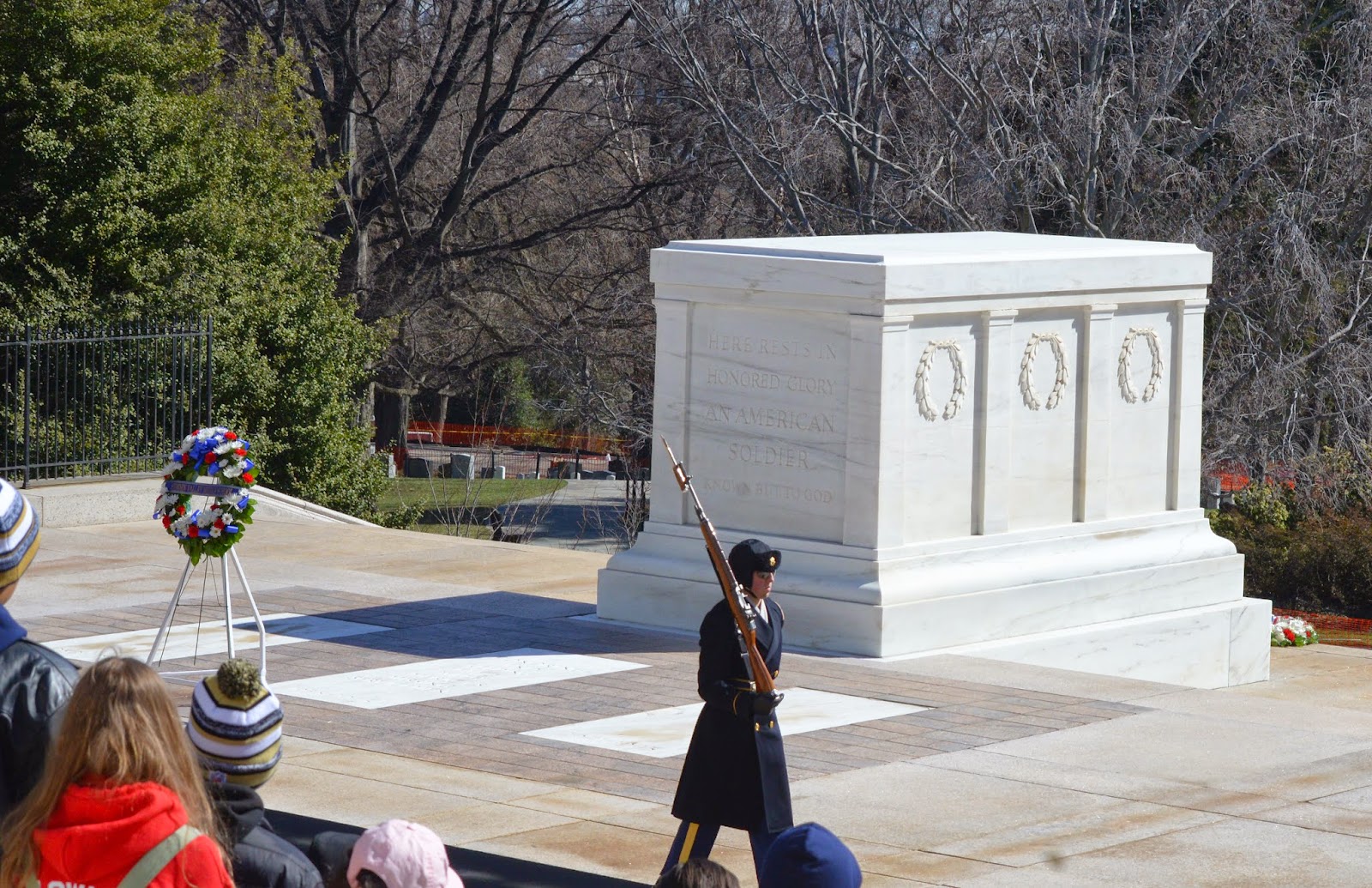 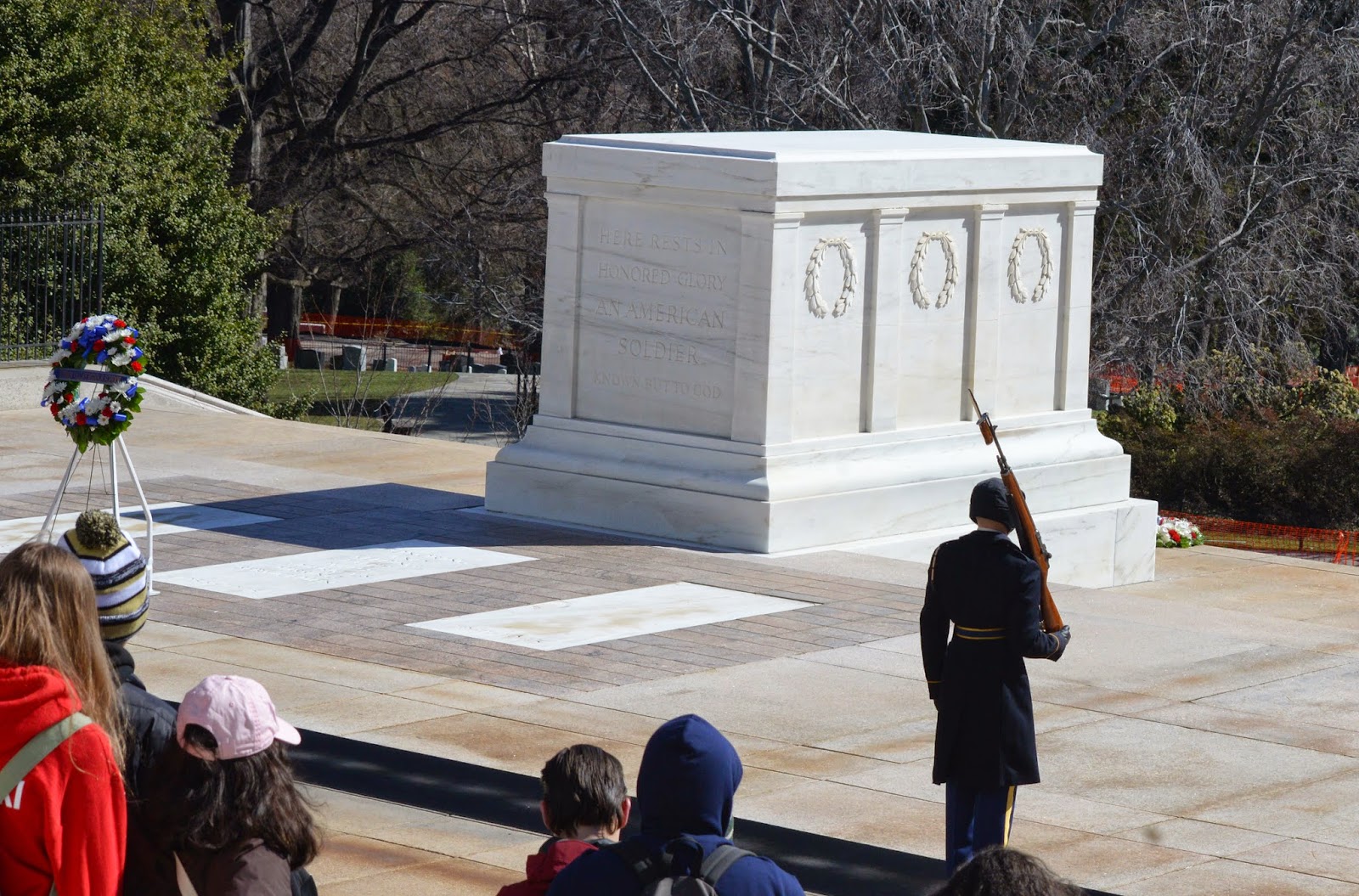 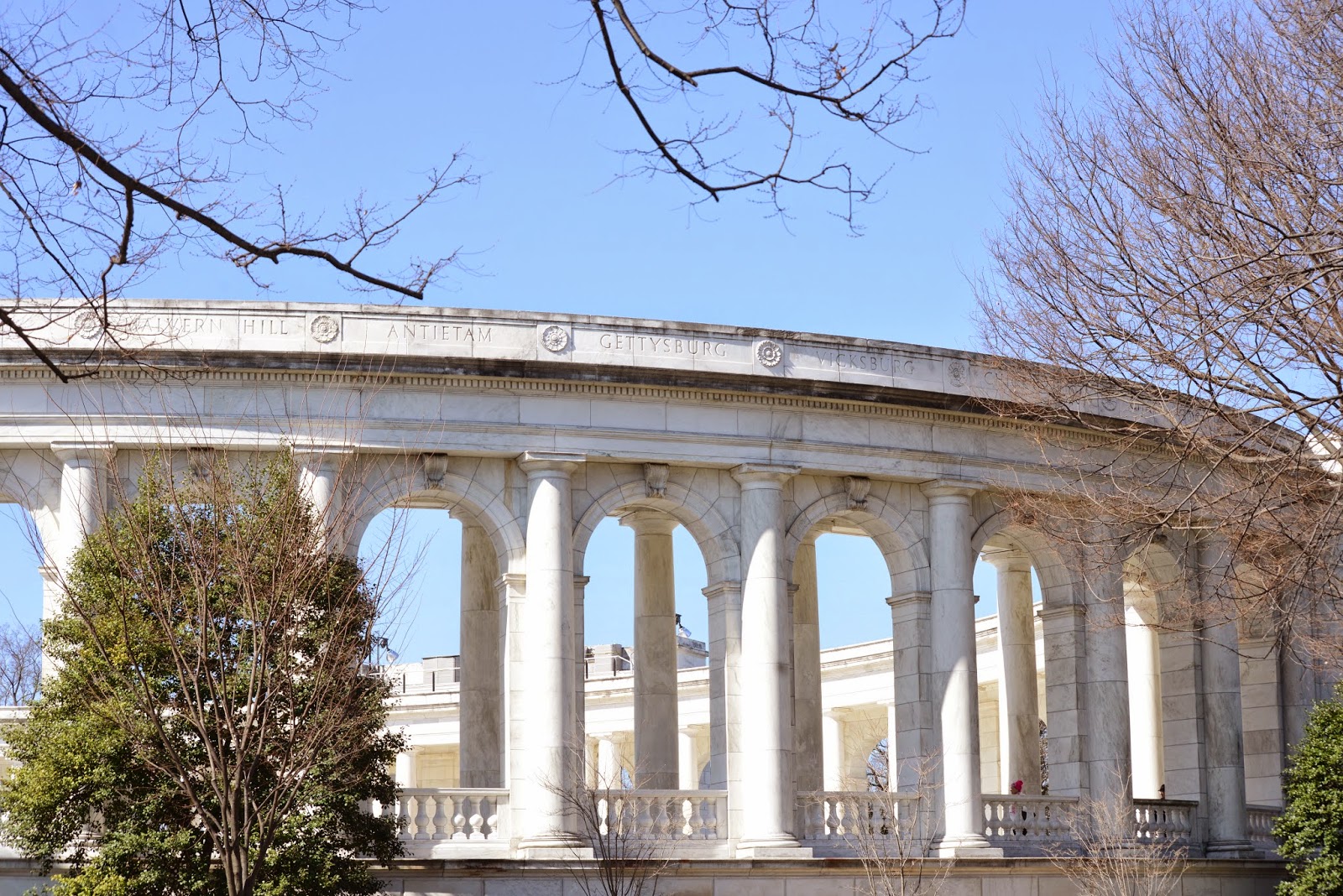 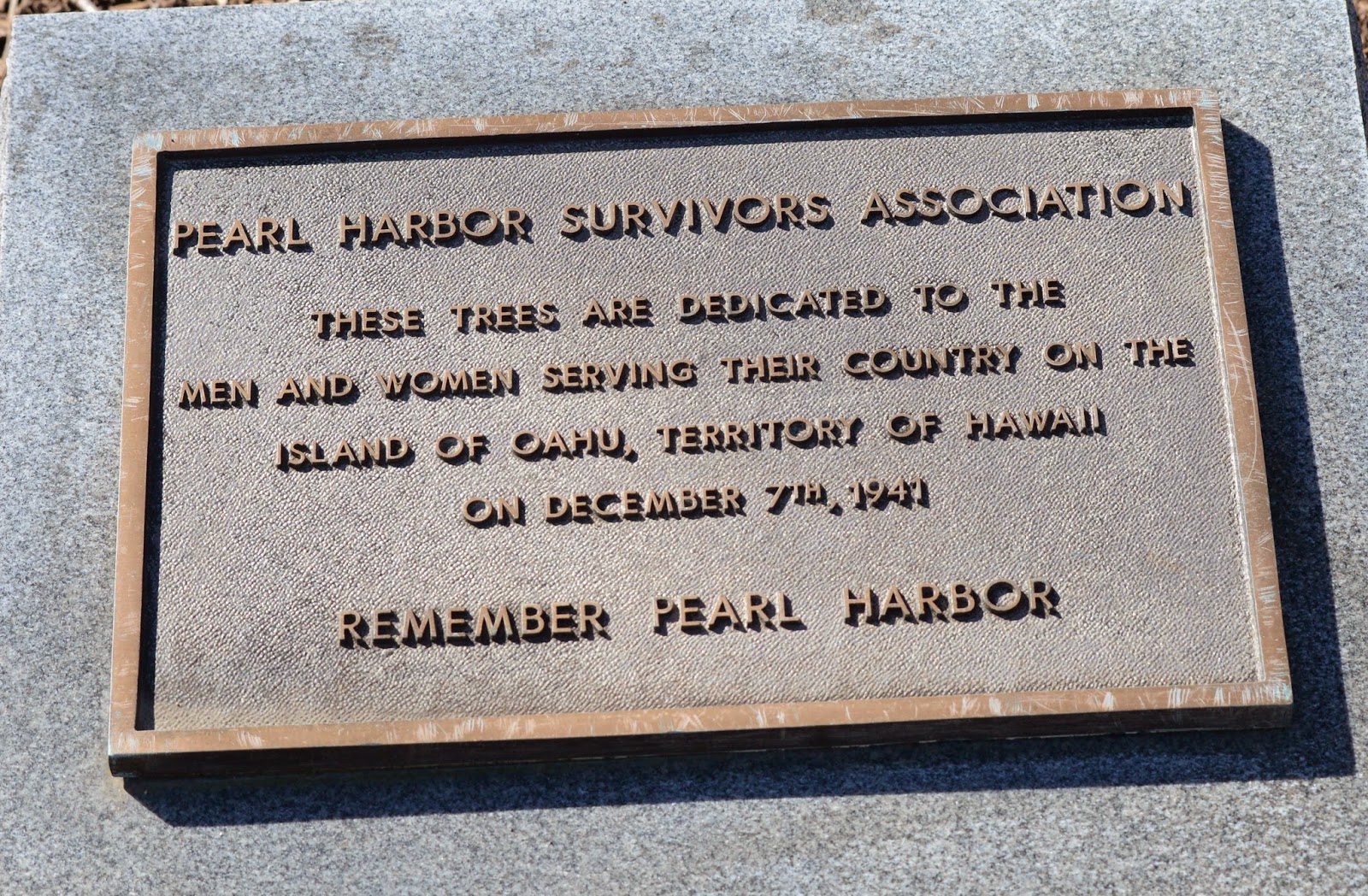 The hills and valleys, trees and gardens give Arlington Cemetery a feeling of peacefulness and thankfulness to these soldiers who gave their lives to make the world a better place to live.  I am so glad that we stopped in to pay our respects.

After 7,000 steps, we head home our little adventure almost over.  As it is a beautiful day we head back up the 15N through Pennsylvania.  Might be one of the nicest drives I have ever done.  May have to go back in the fall when the trees are changing.  The vistas and valleys were amazing and the road was fantastic. 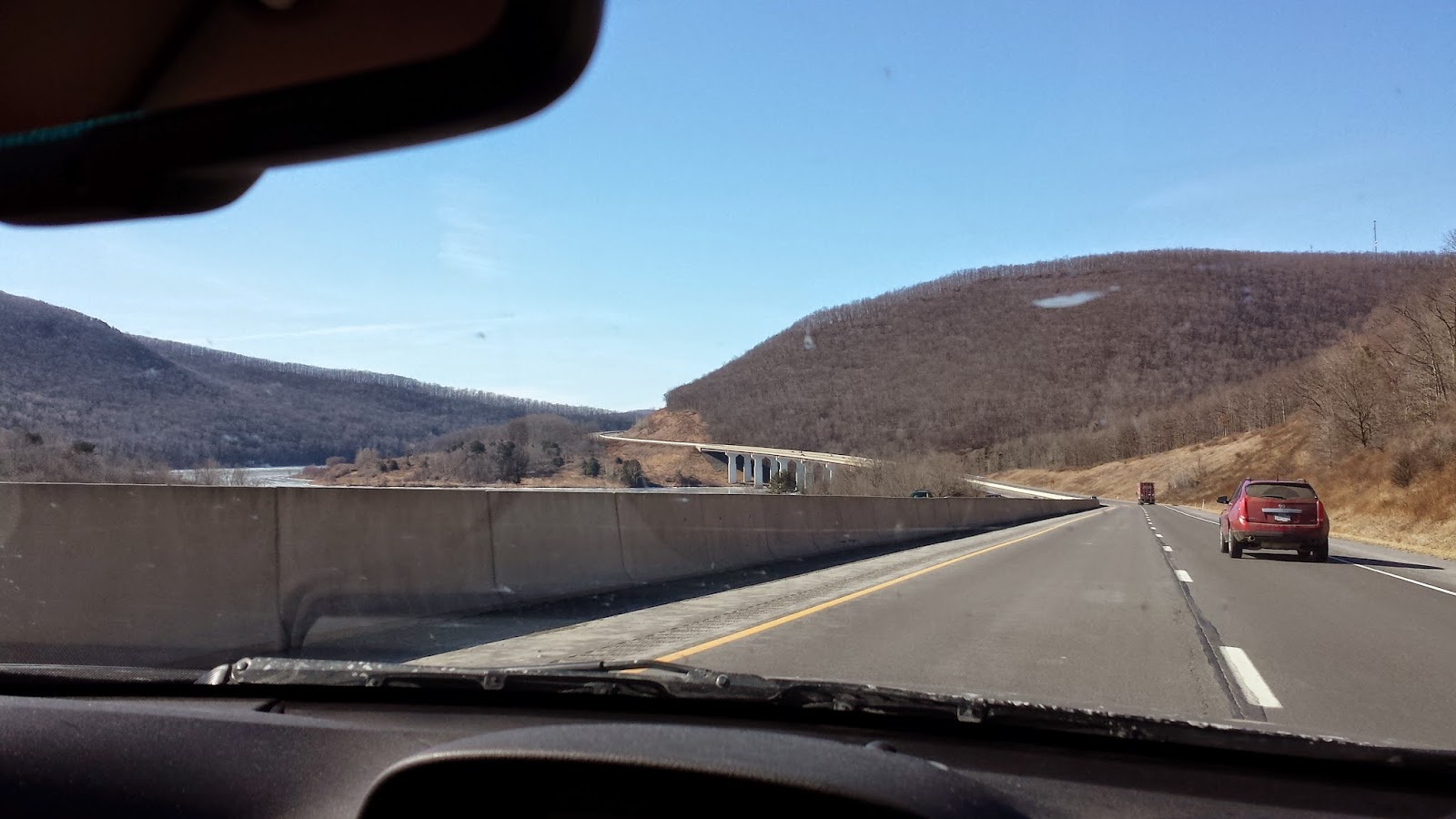