Beaches of PEI, the island is surrounded by them

Souris, pronounced Surrey, it would have been easier if they had just spelled it that way, is on the east coast of PEI.  Took me forever to find it on the map.  Mapquest definitely works better when you have the correct spelling.  LOL.  The guys had decided to play Crowbush and MJ and I were deteremined to find Chef Michael Smith, world renowned chef residing in beautiful PEI.  Souris is known as having the "friendliest folks around".  MJ and I definitely give them 5 stars in that category.  Starting with the lovely lady working the lighthouse gift store who directed us to Chef Michael Smith's #flavourshack and gave us a wonderful lesson on seaglass which was our 2nd quest on the east and north coast of PEI. 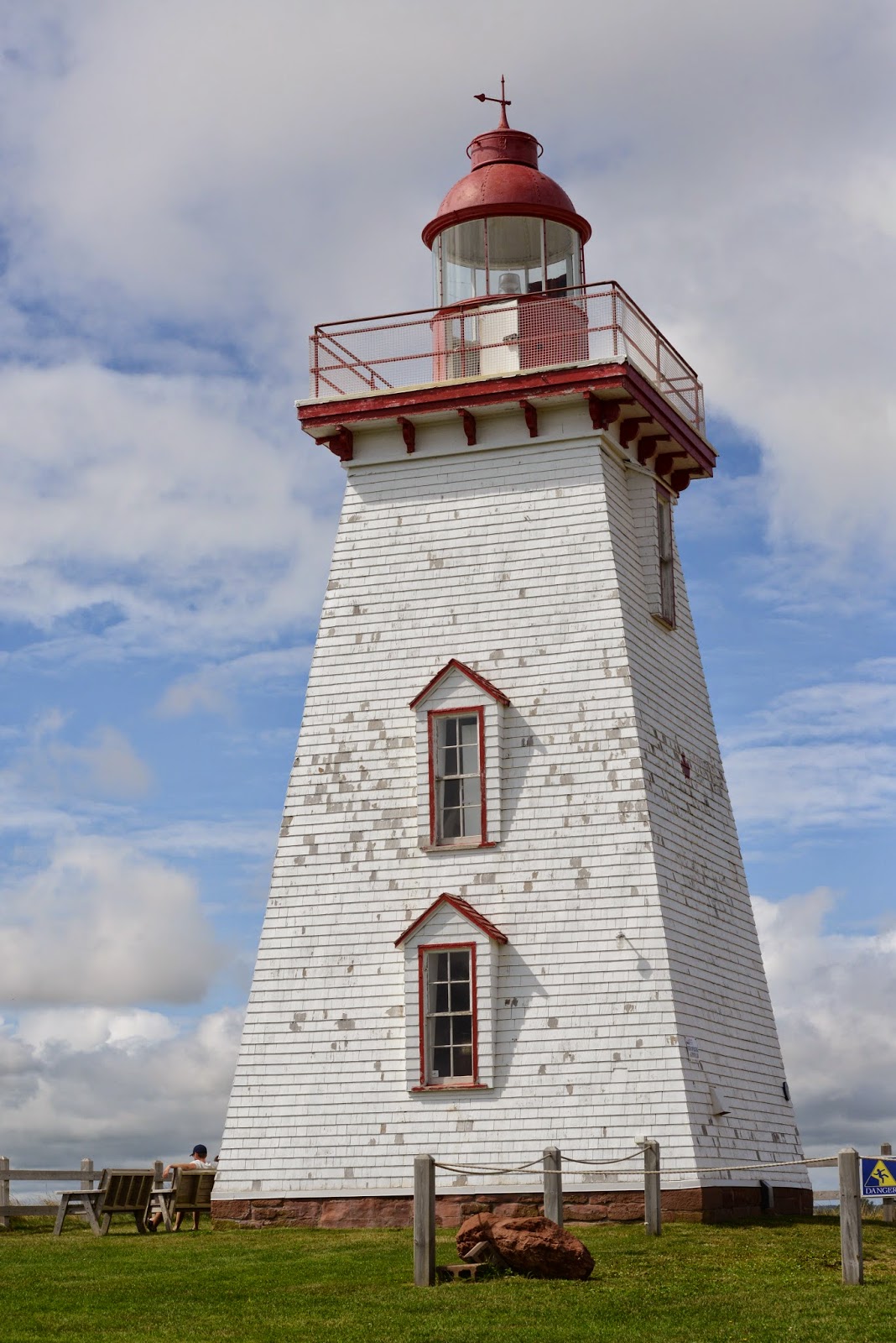 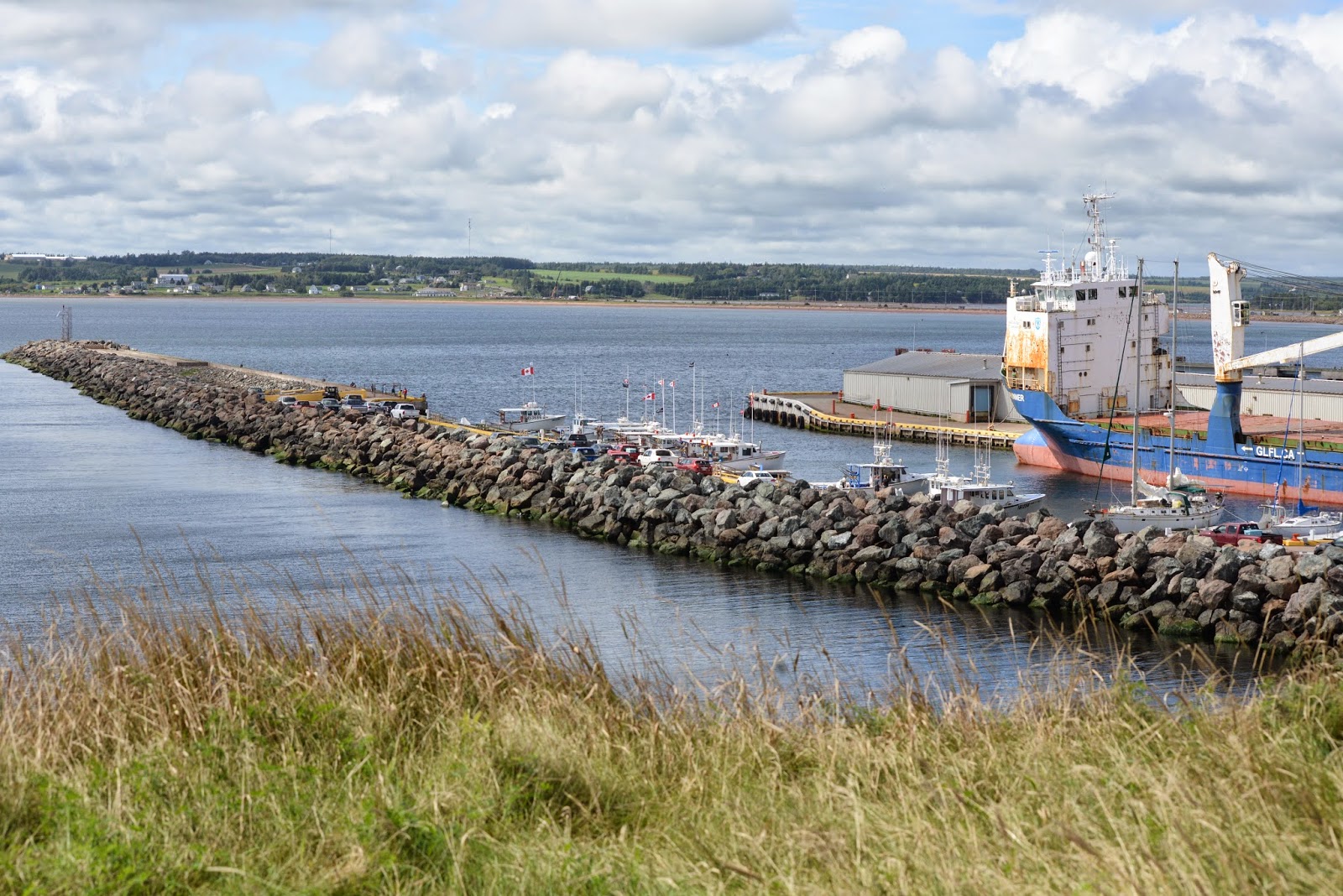 Needless to say we had driven right by the #flavourshack.  No Michael, but we had the pleasure of meeting Loretta Campbell, a 10th generation PEIer and a wonderful photographer.  And I am thinking Michael's #1 fan.  After telling us all about Michael and his store she took pictures of us wearing his ShackJacket.  I wore the one from the winter olympics and MJ had the one from a world competition. 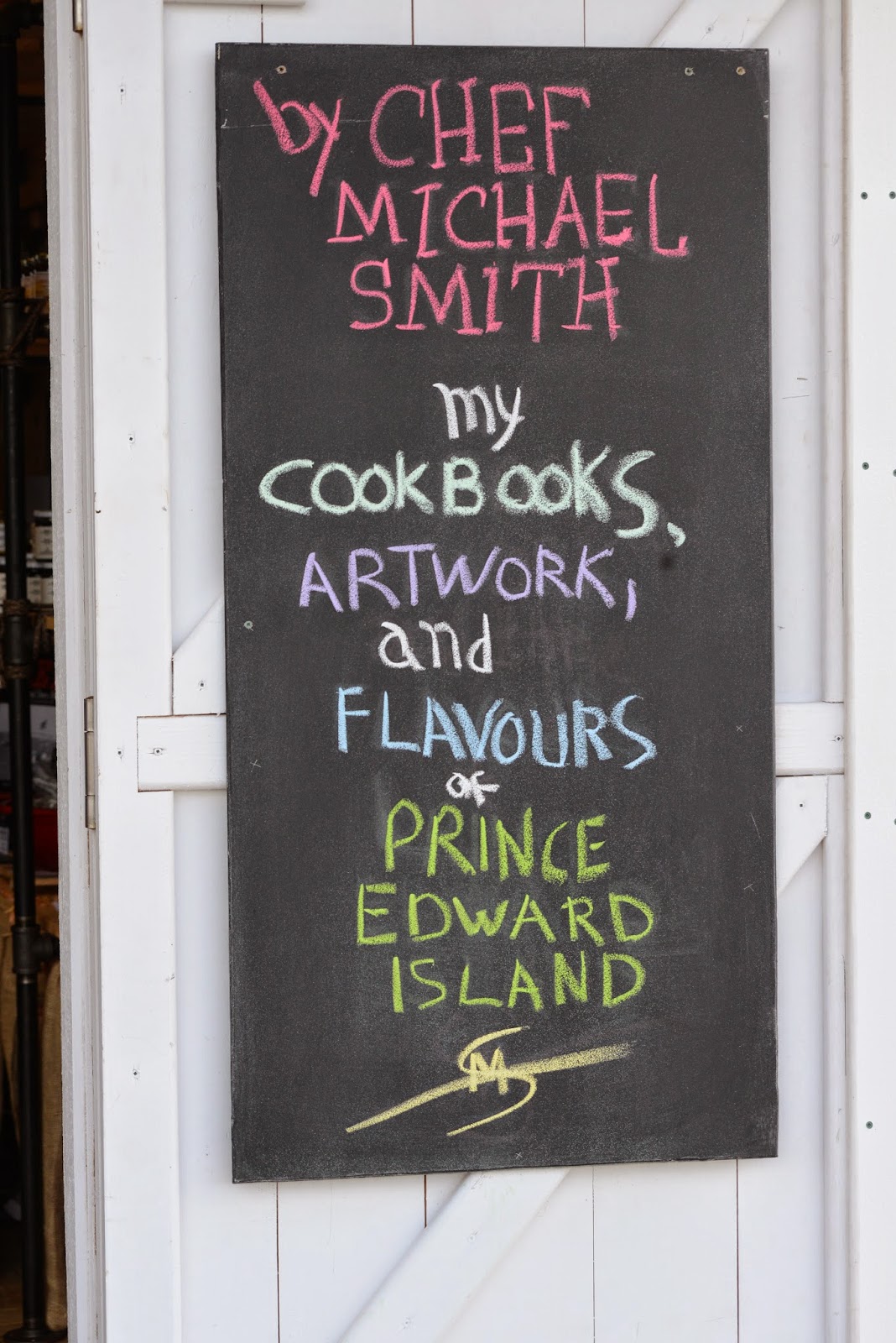 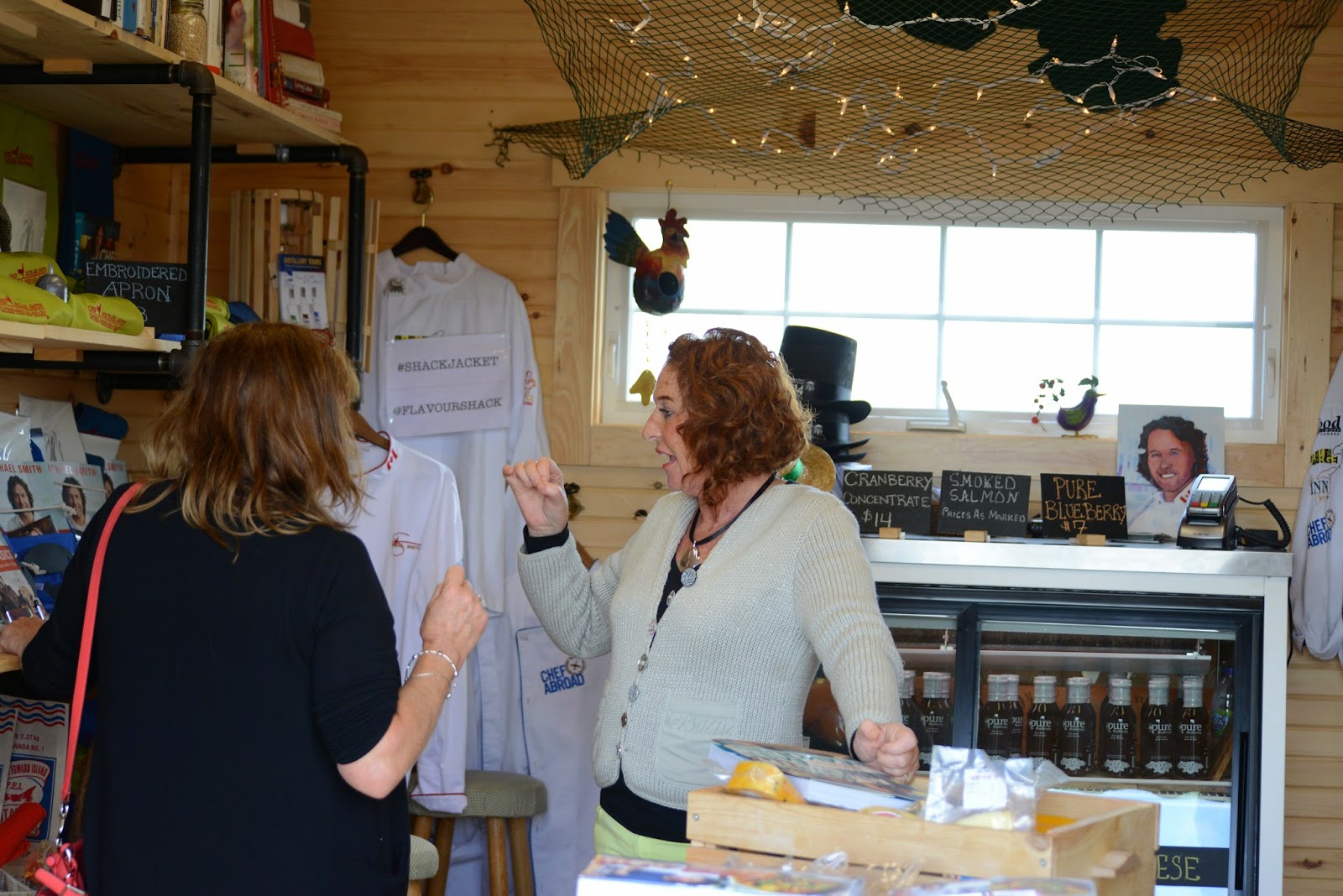 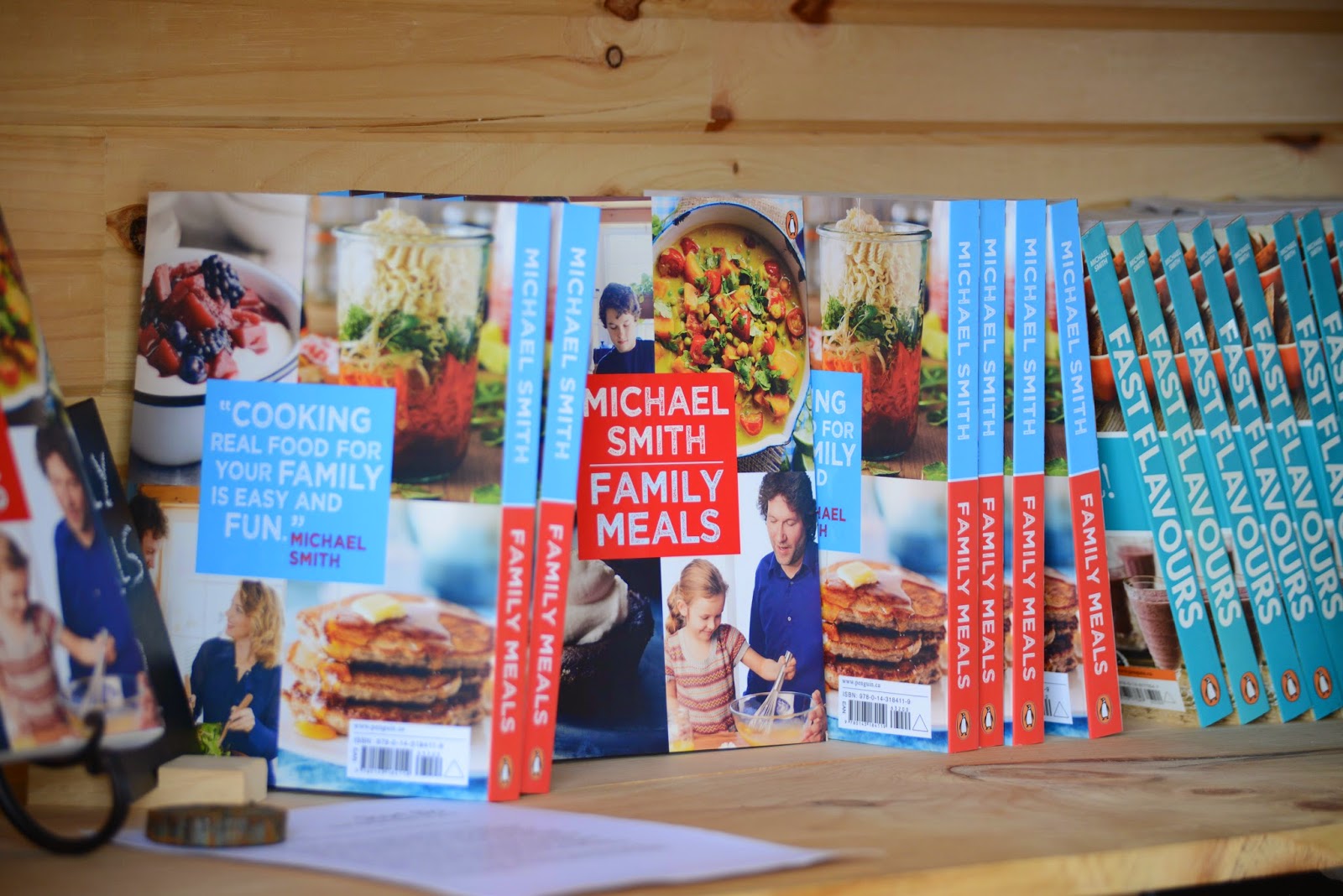 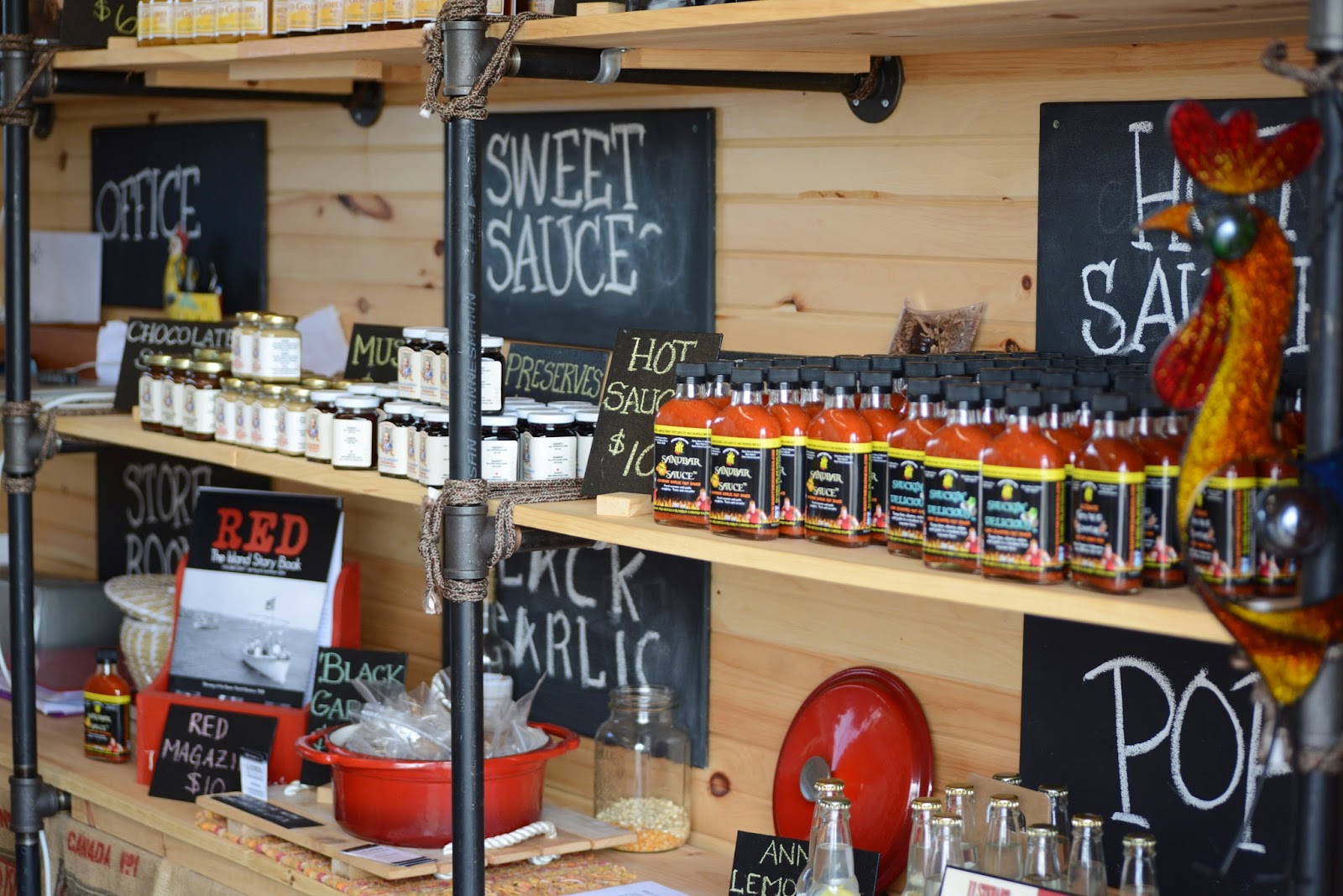 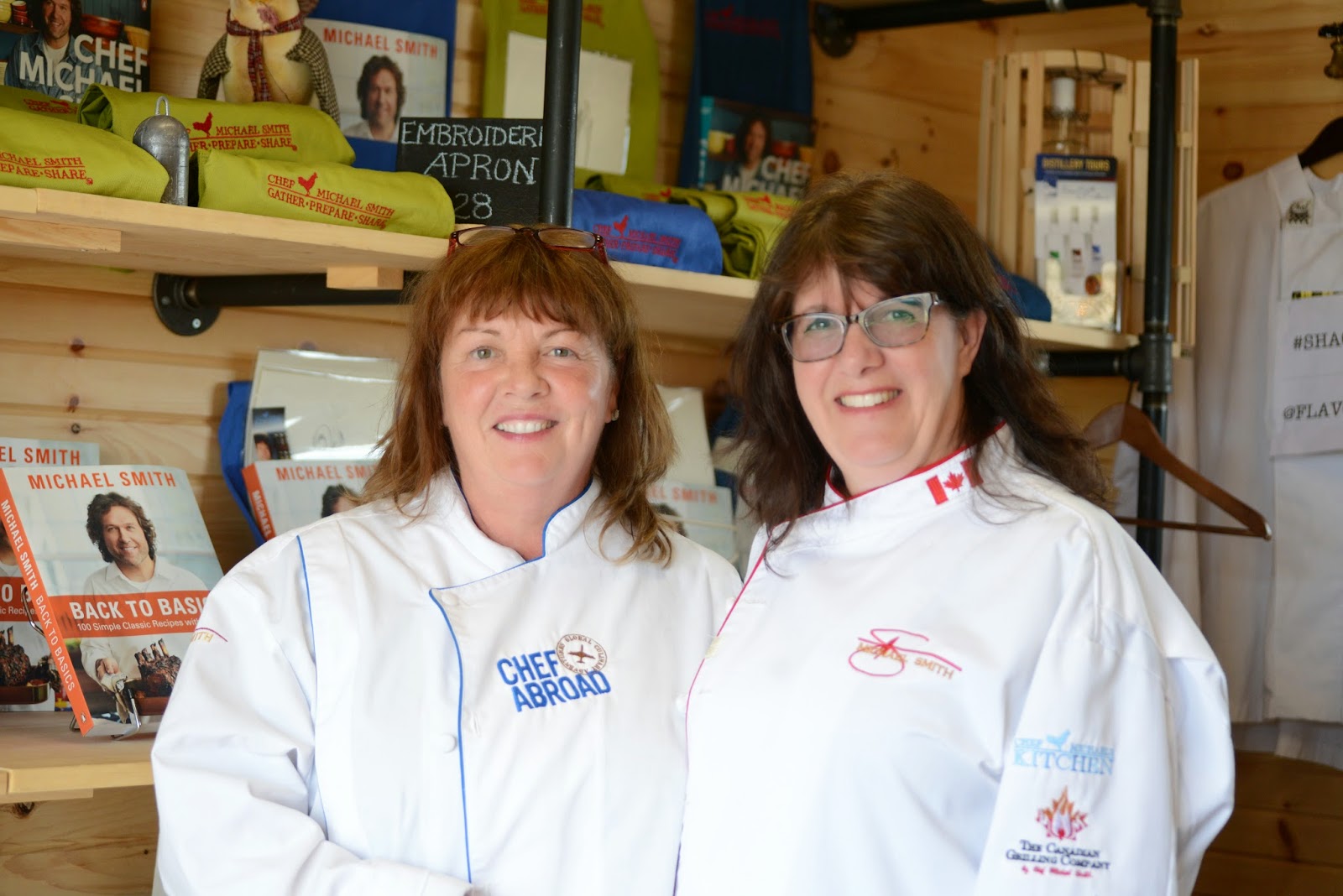 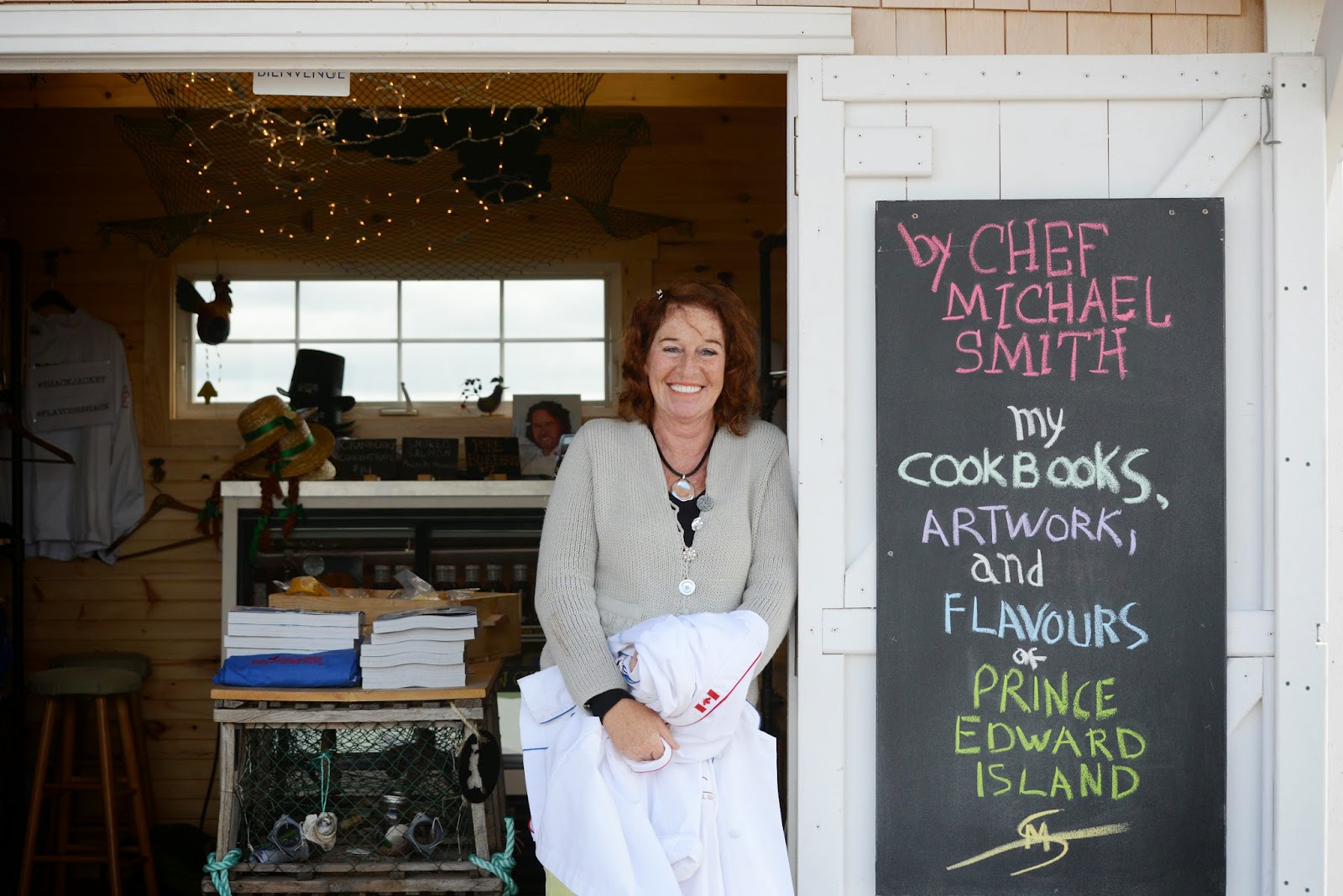 MJ had one more quest while in PEI and that was to find Neen's Strawberry jam.  When she mentioned it to Loretta, without a pause she pulled out her phone and called Pat the manager at the local grocery store.  Yes he carried the jam and off we went to find the 3rd friendliest person in this small town.  When we got to the store Pat was waiting for us, but unfortunately no strawberry.  So off to his office he went and found the number of this small home jam maker.  Sourisly, oops I mean seriously, how friendly are these people.

From here we headed up to East Point.  So cool, this is the eastern most point of the Northhumberland Straits and where it meets up with the Gulf of St Lawrence.  The waves were magnificent, the 2 bodies of water's waves were crashing in a diagonal line where the 2 bodies of water meet.  Amazing.  Seals were frolicking in the water, the birds were feeding like crazy and a working lighthouse.  A wonderful spot for a drive. 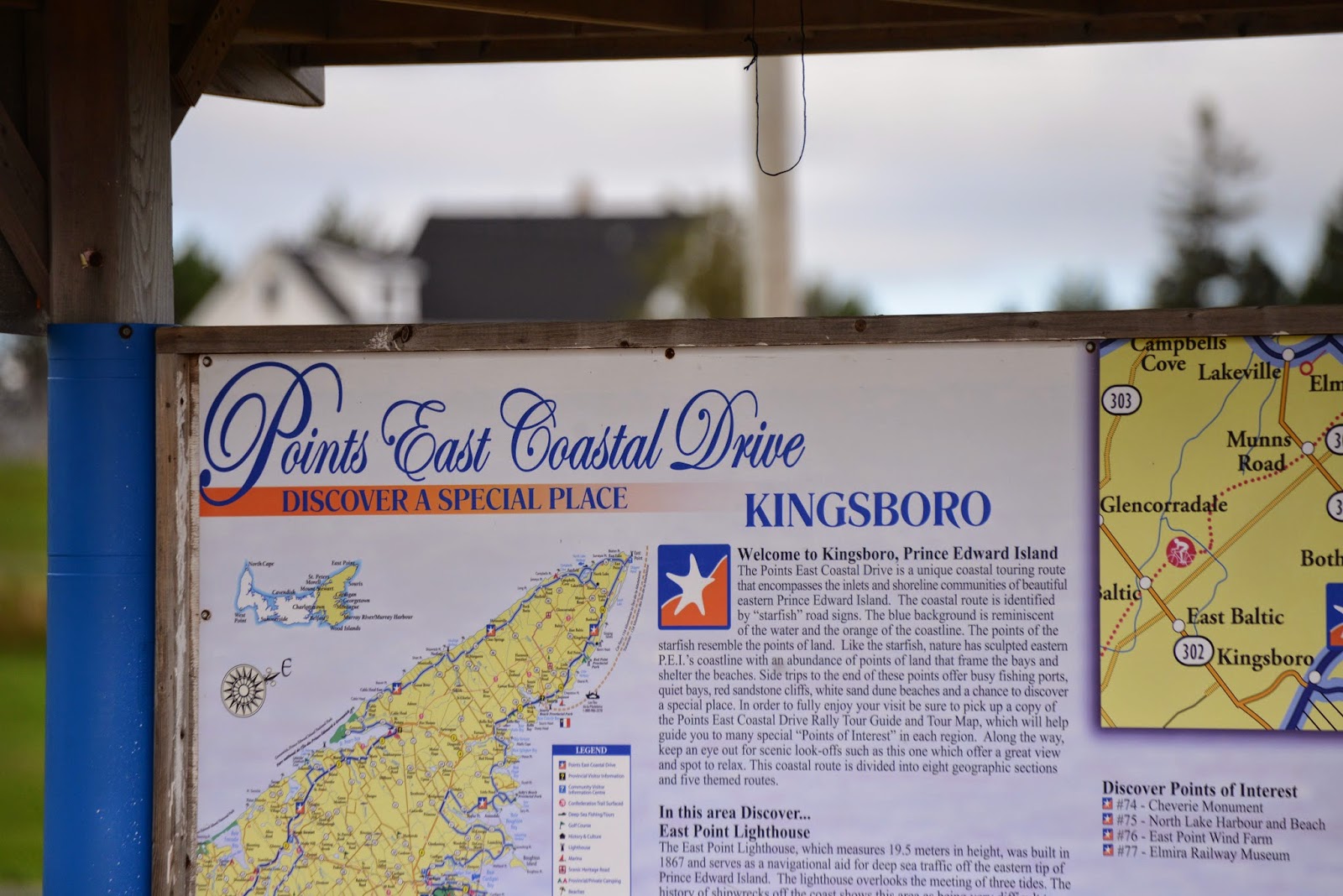 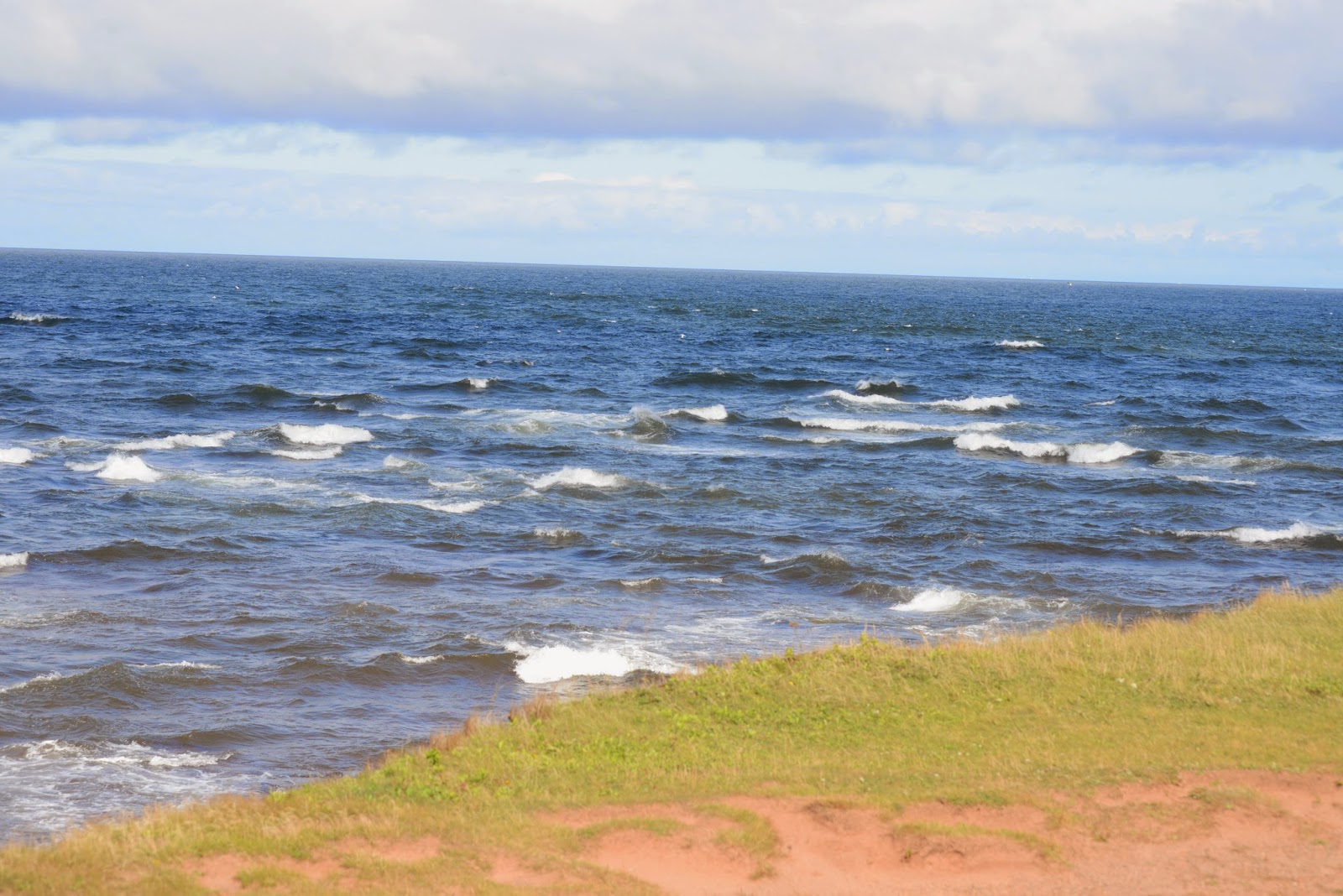 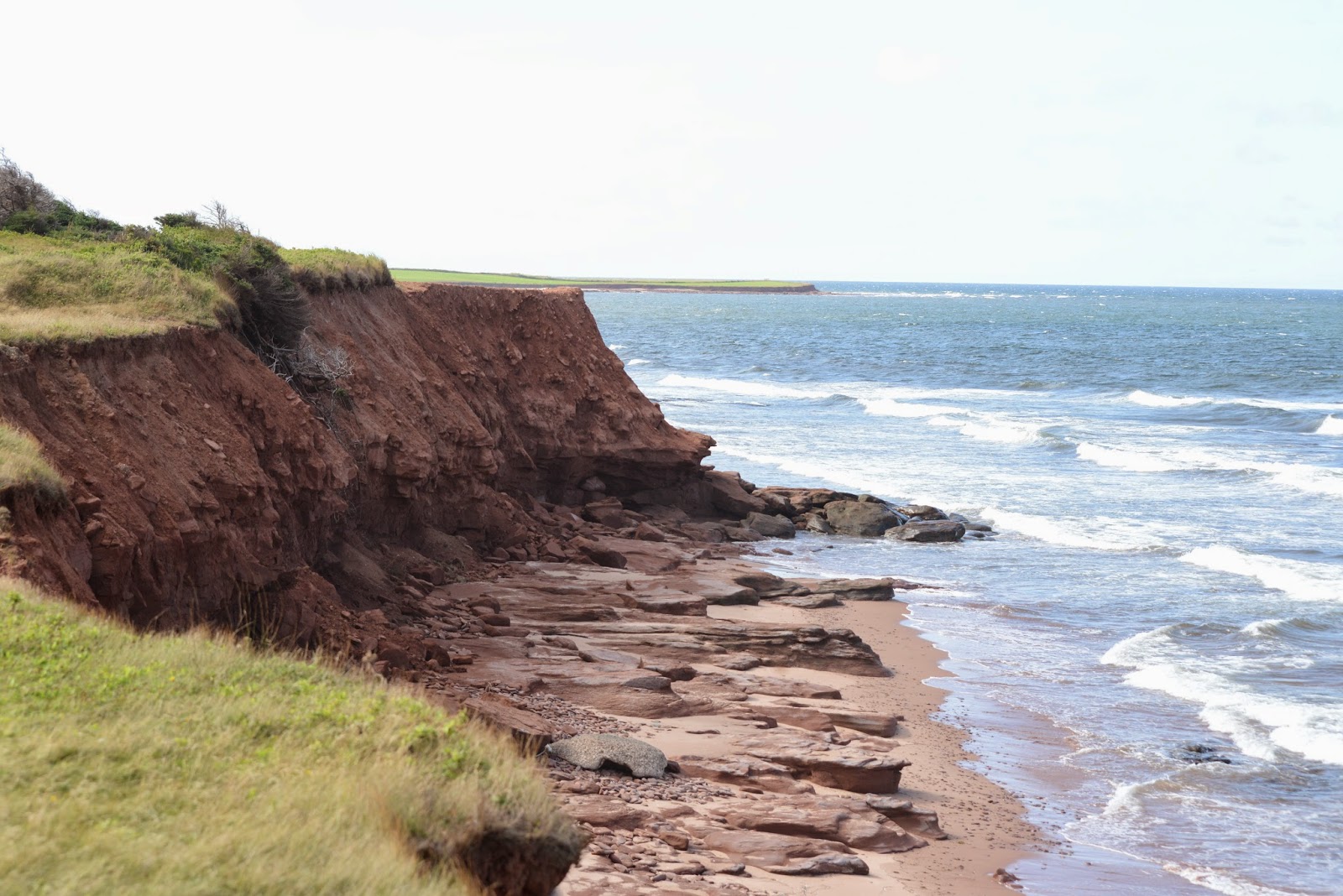 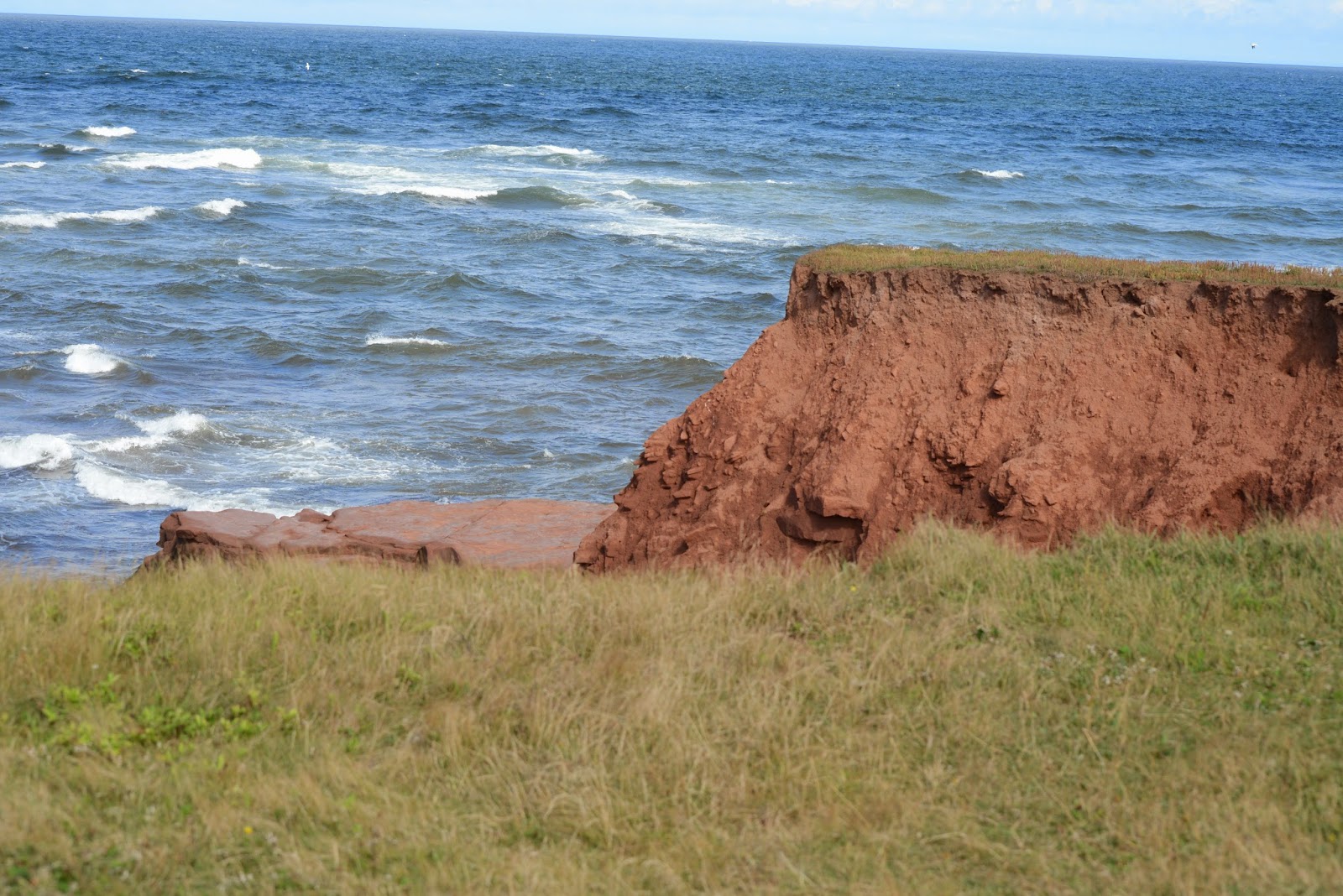 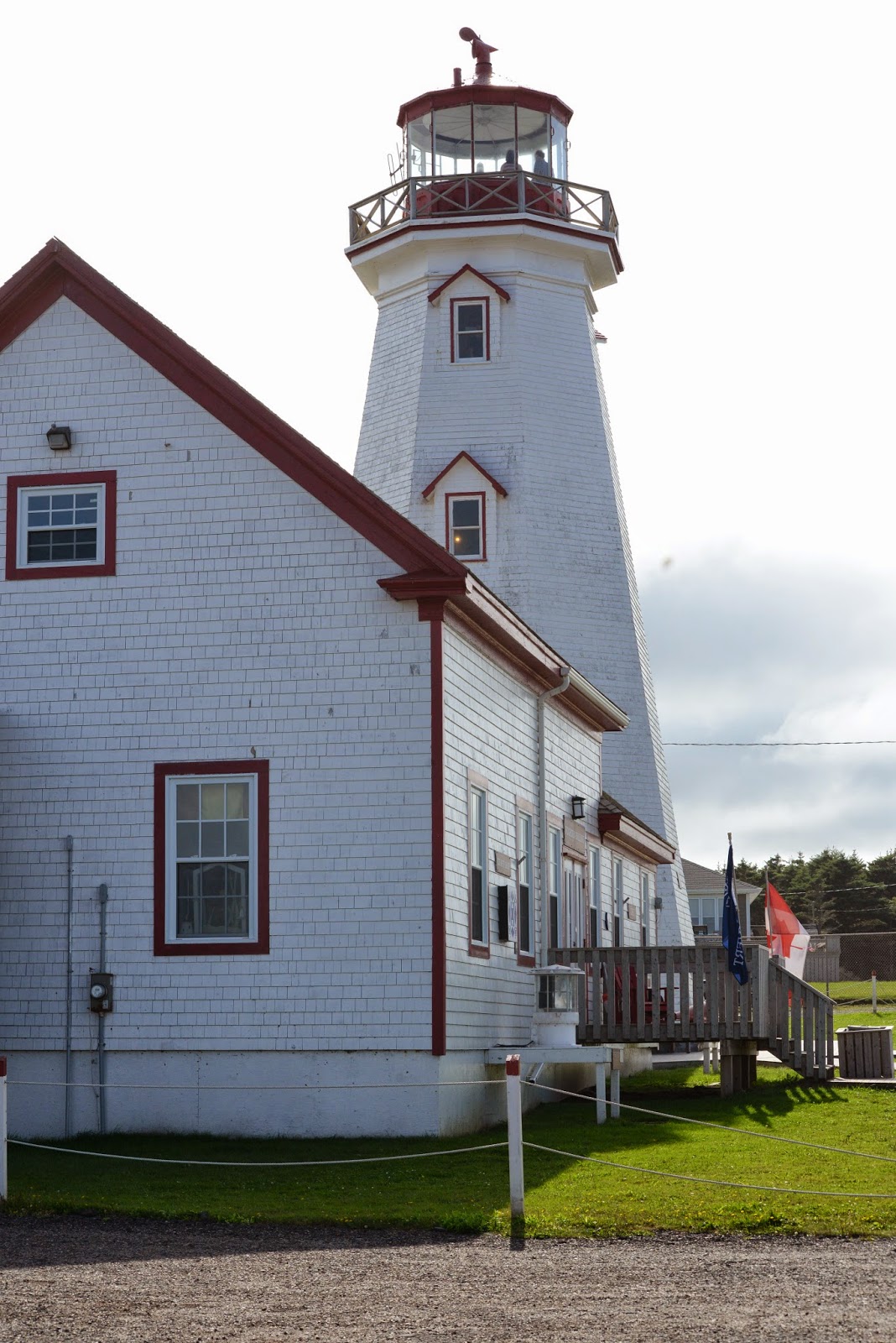 From Souris we headed to North Lake, and the hunt for "sea glass" began.  What is sea glass you ask. well truthfully it is basically glass that people have tossed into the ocean or off boats or if you are really lucky has been turned up off of some of the many sea wrecks off of PEI.  So yes it is garbage, but quite beautiful and can be made into jewelery and other crafts.  What better way to get our 10,000 steps in than walking the beautiful beach here at North Lake.  Every so often one of would let out a little squeal as we reached down for what we thought was a beautiful piece of purple sea glass only to find out it was a baby jellyfish.  yuck double squeal.  MJ returned with lots of treasures, sea glass, drift wood, rocks.  Now what to do with it :) 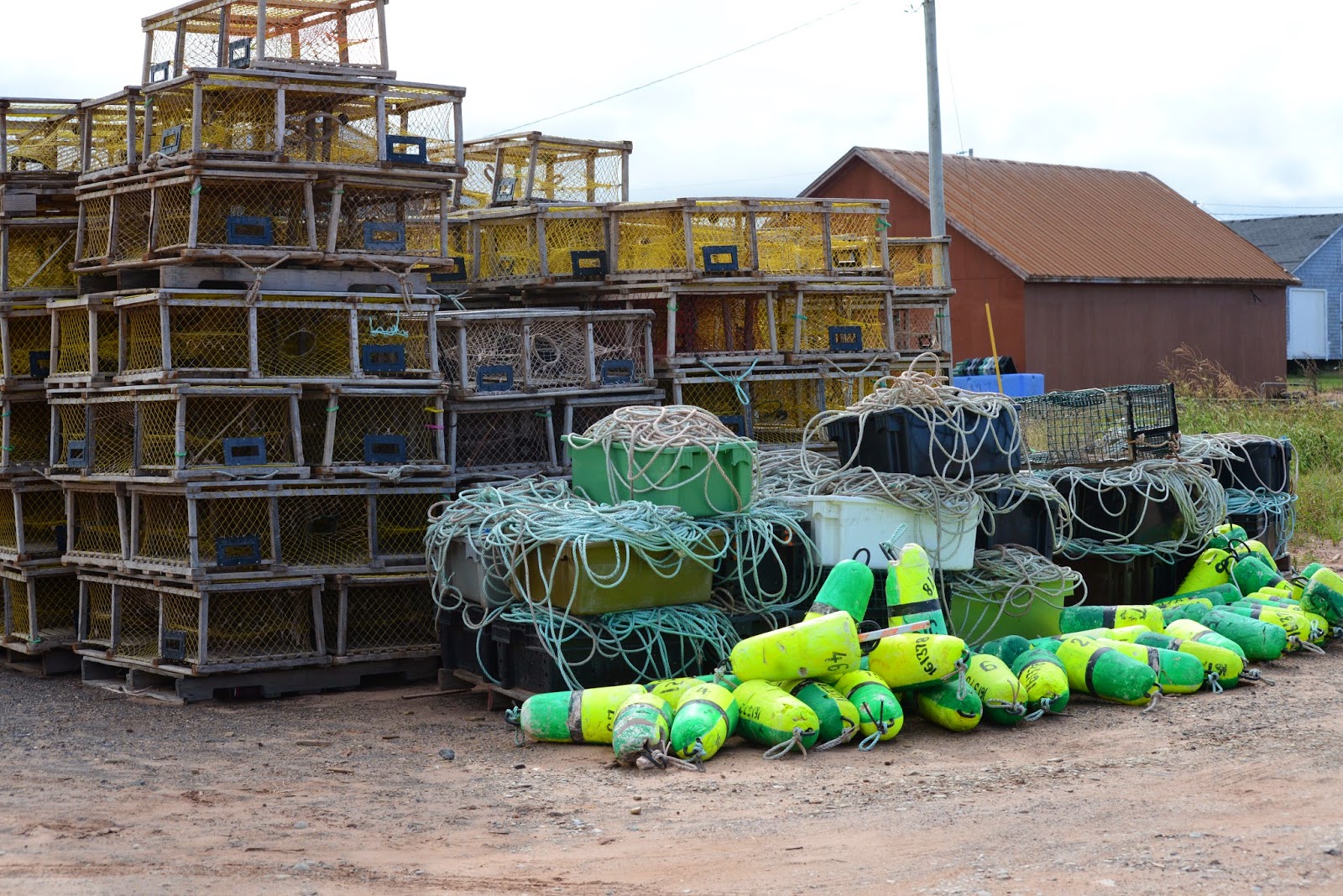 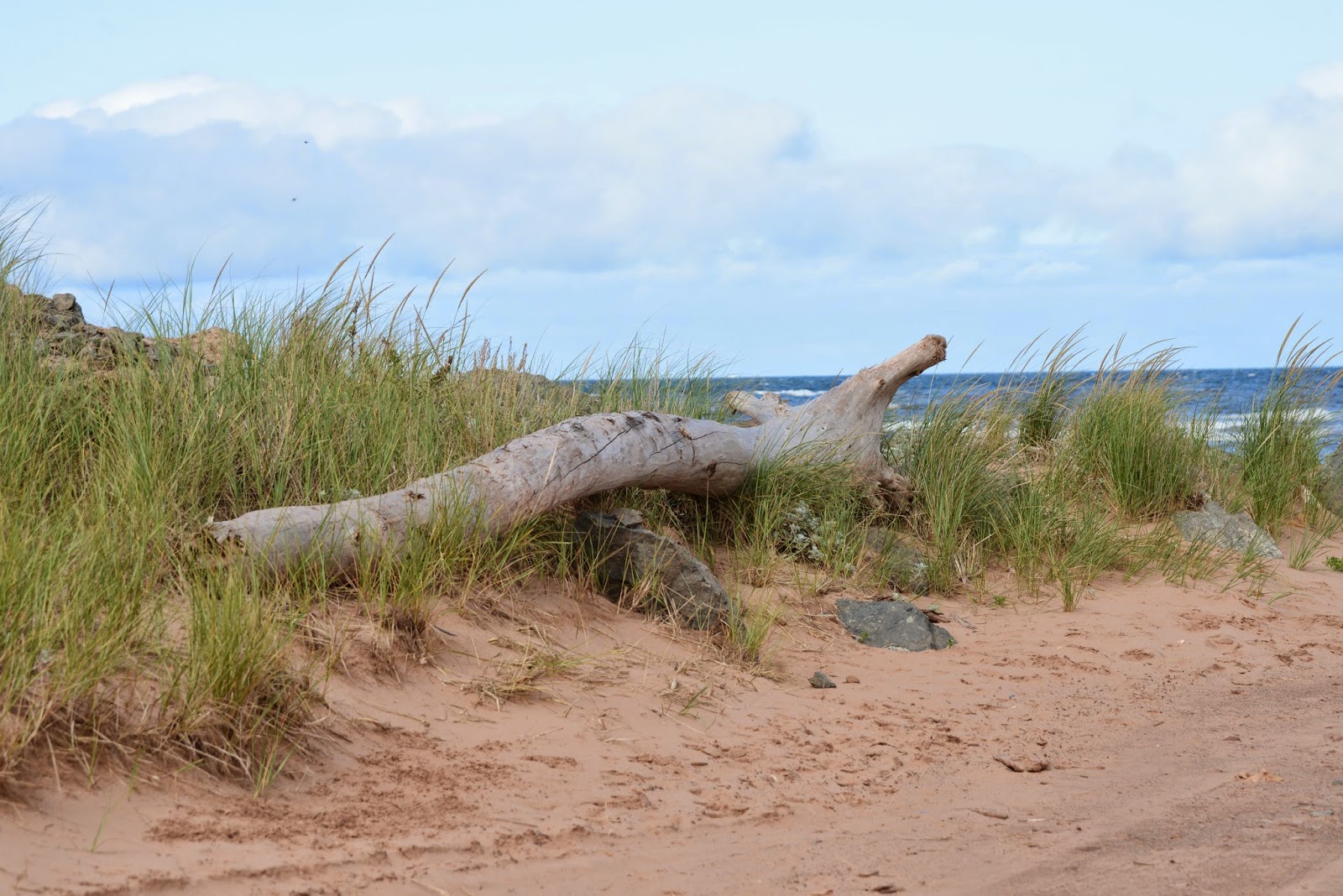 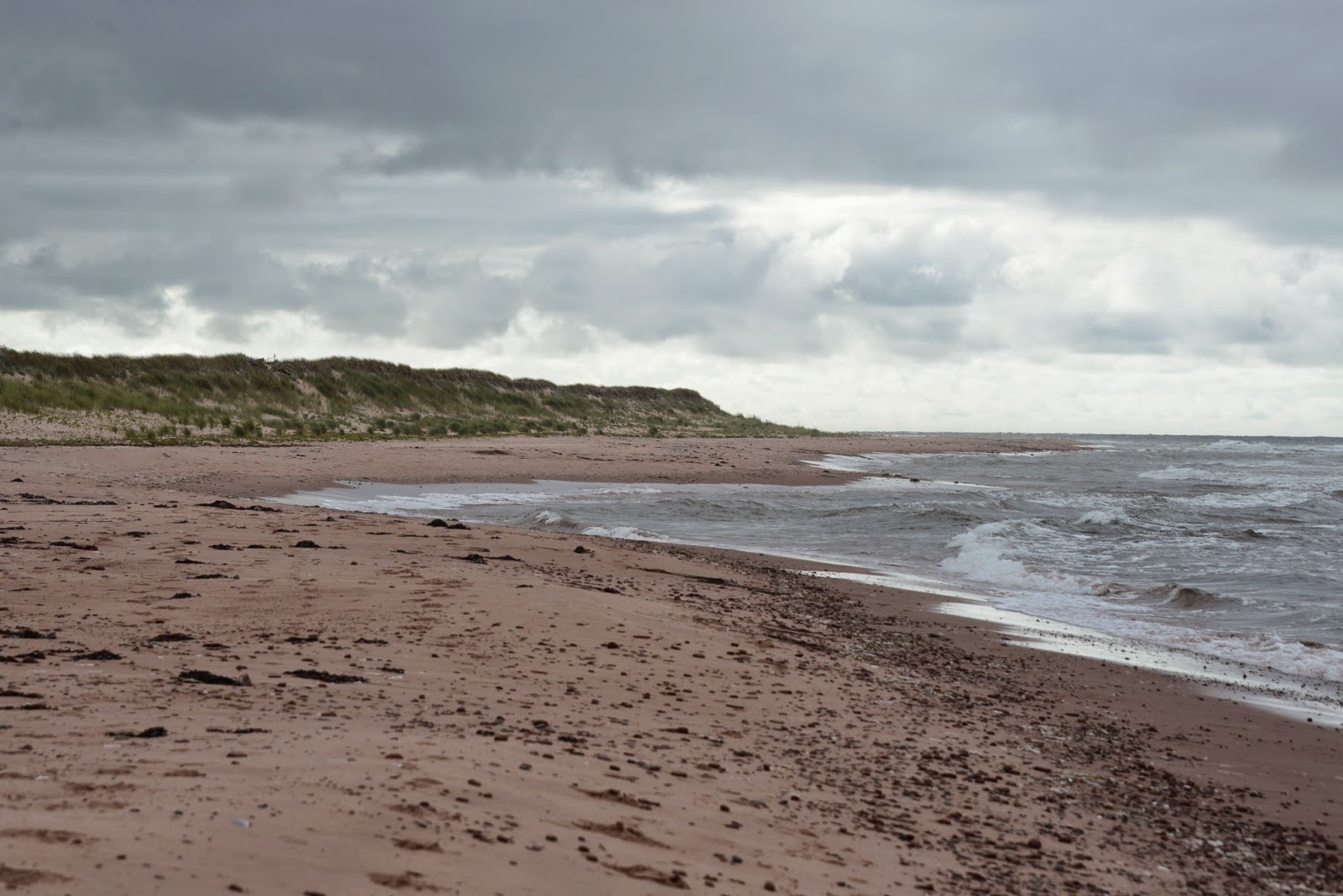 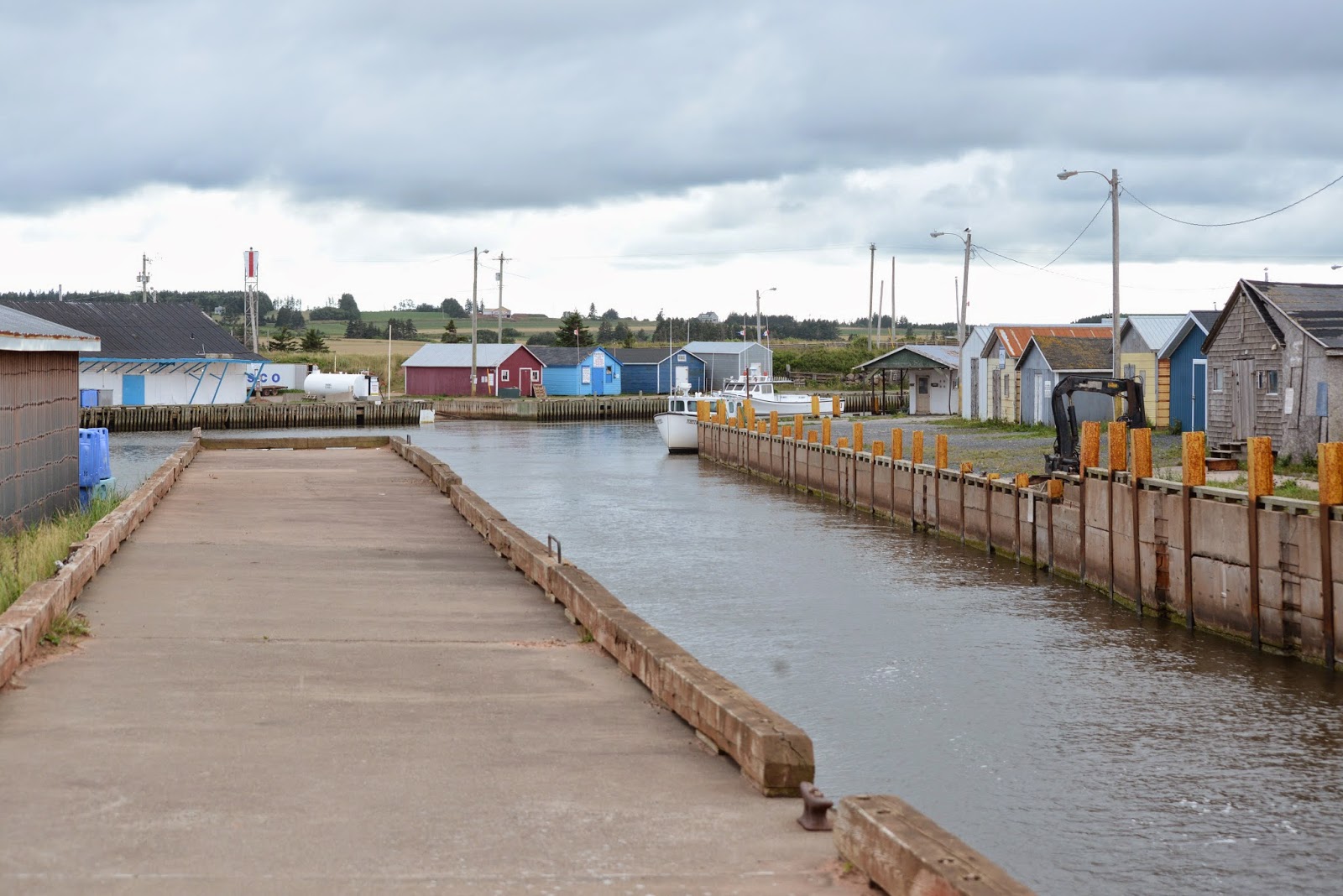 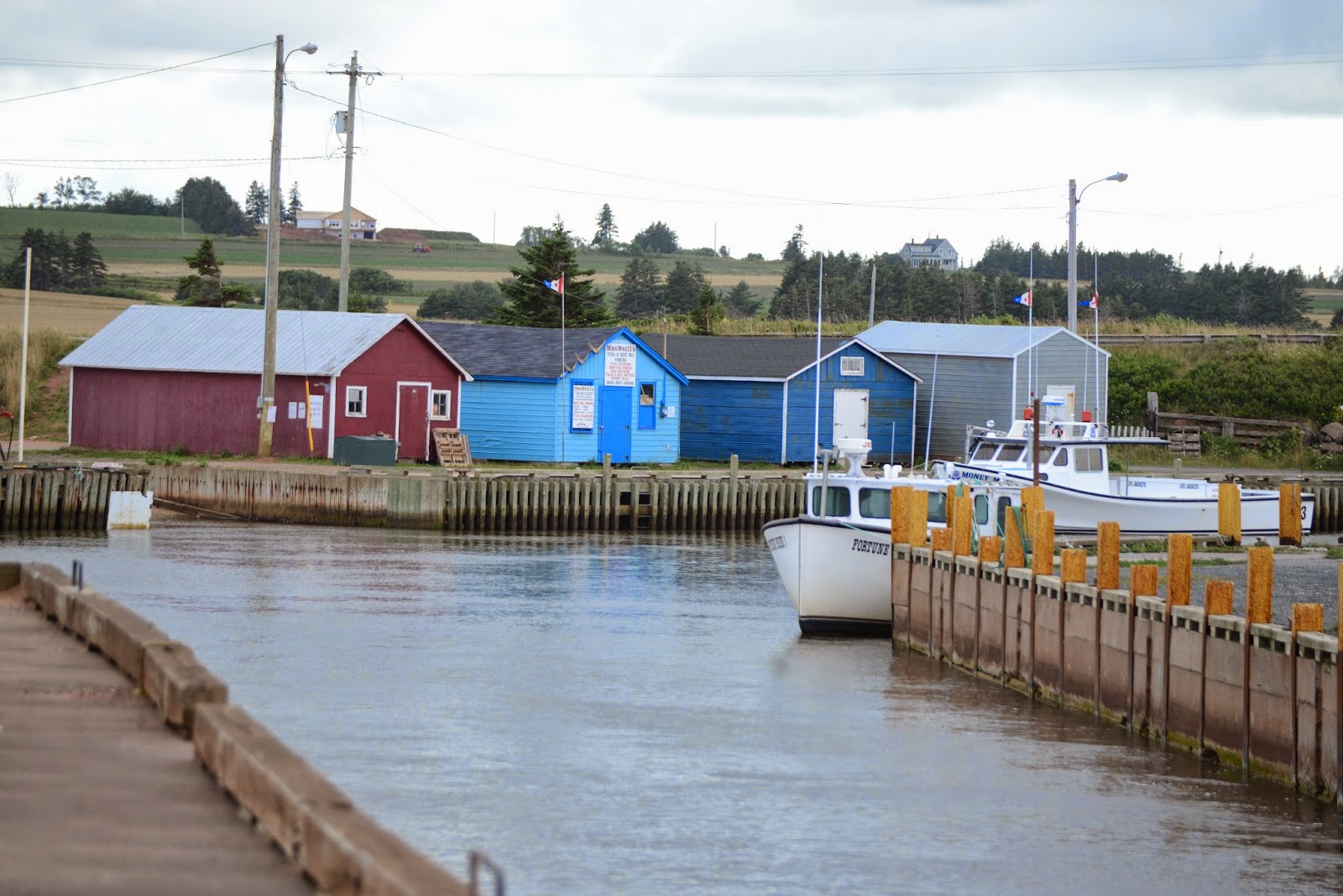 Oops, looked at the clock was going to be tight to pick up the boys.  I'm sure they won't mind having a beer if we are late.  On the way home we stopped at the Sou'west Bar & Grill.  I had the best Fish Tacos everrrrrrr, while everyone else had fish and chips.  Some great entertainment, a great view and another great place to go back to.  The first time we were in PEI we stopped here with the kids, who were quite little, Rachel was around 5.  I had to let the waitress know that the kids were going to order "pickeral, swordfish and shark".  She said "we don't have those" and I said I know just write it down and bring everyone fish and chips.  The kids were raving about how great their fish was and only found out recently that we had manipulated their orders  :))))