The Louvre - so much history

Today is Louvre day, after yesterday's walk, I actually pop on my "hiking" shoes.  These cobblestone streets are killers.  Until 1682 the Louvre housed the Royal Family, and then under Louis XIV he moved the royal court to Versailles.  The building was originally built in the 12th century and it is only fitting that all these marvelous pieces of art are housed in an architectural piece of art.  I found the building itself as interesting as the contents.  LOL  Not sure I should classify the Mona Lisa as a "content". 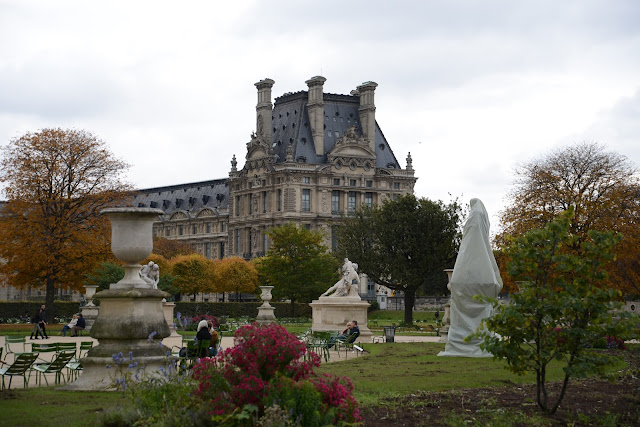 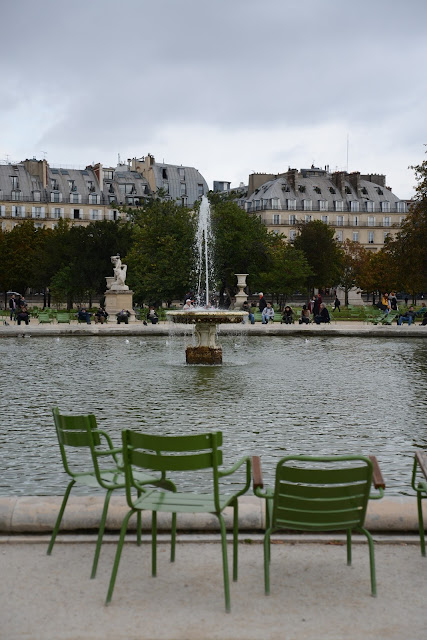 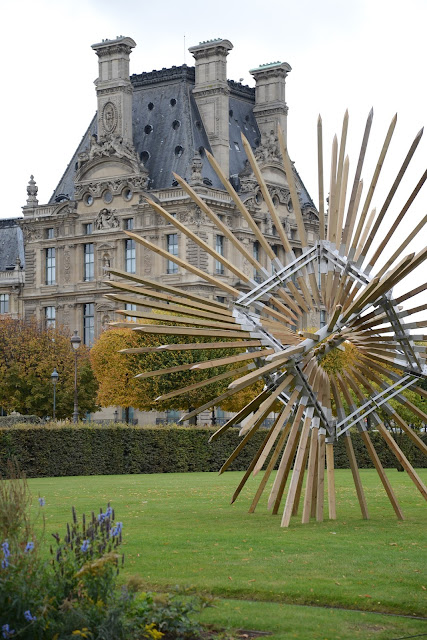 The grounds leading up to the Louvre are full of ancient and modern works of art as well as beautiful gardens, lots of people and street vendors everywhere. 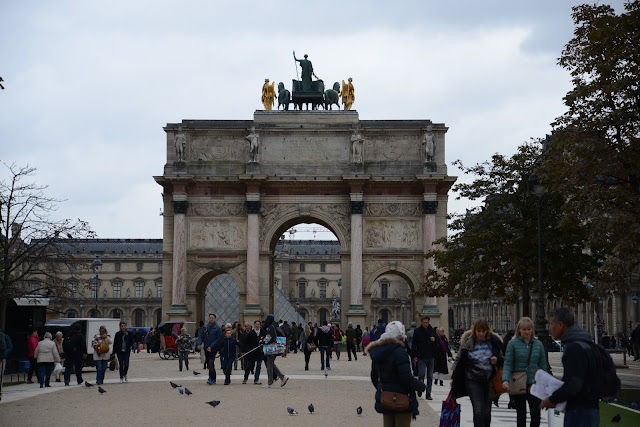 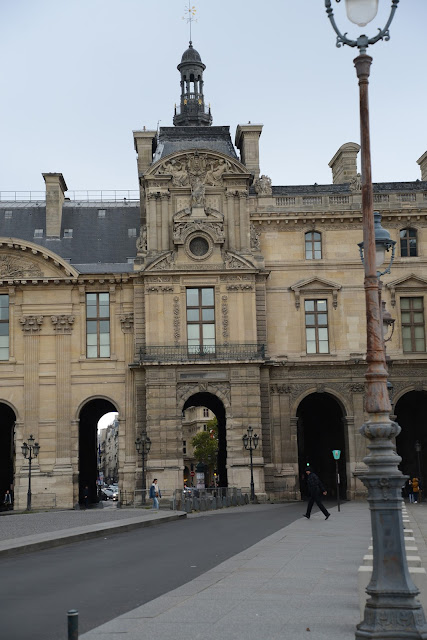 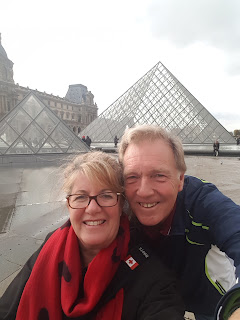 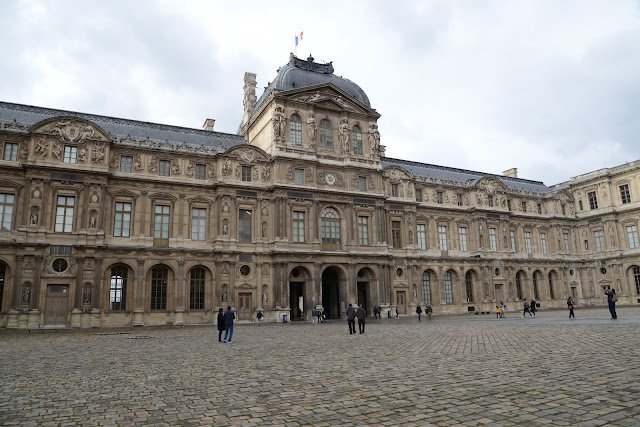 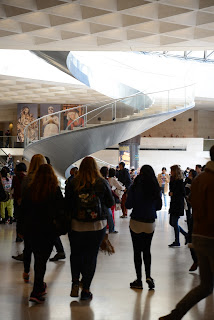 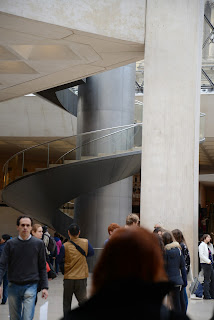 This is the entrance to the Louvre, the stairwell in the left hand picture has no cylinder.  The same stairwell on the right hand picture shows the elevator which is in the cylinder which disappears into the ground when it goes down.  So cooooooool !!!!!!!!!! 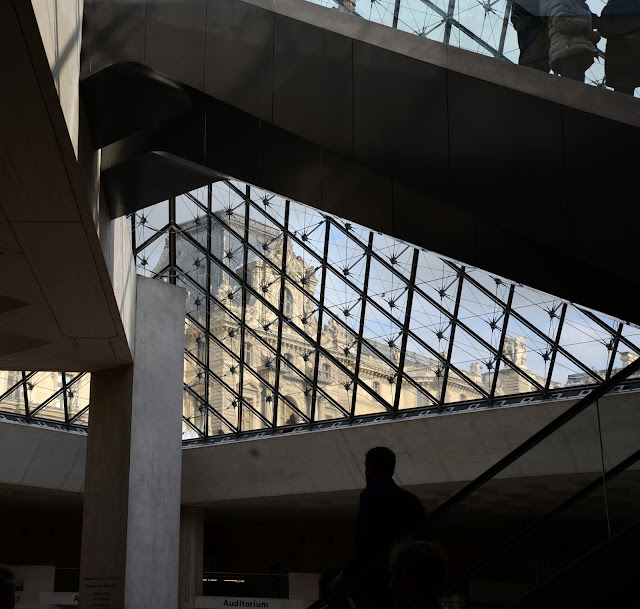 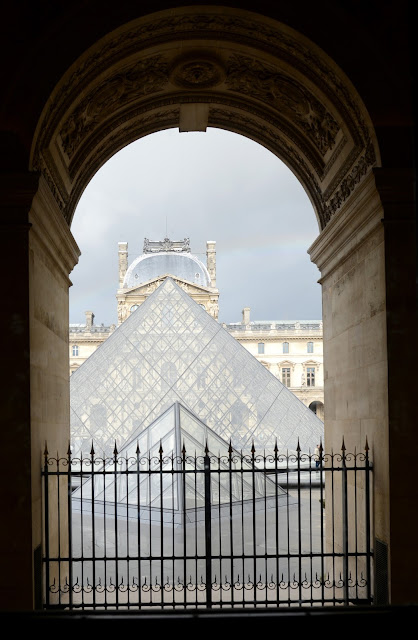 To think I wouldn't have even known there was a pyramid of glass both above the ground and below the ground if I hadn't read the Da Vinci Code and Angels and Demons. 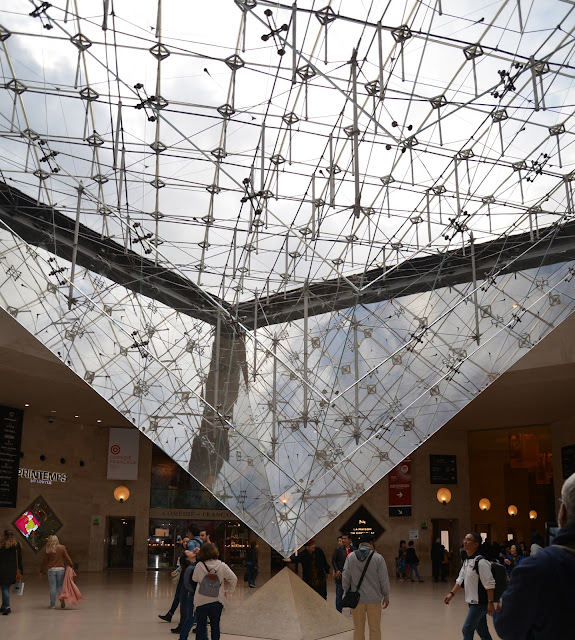 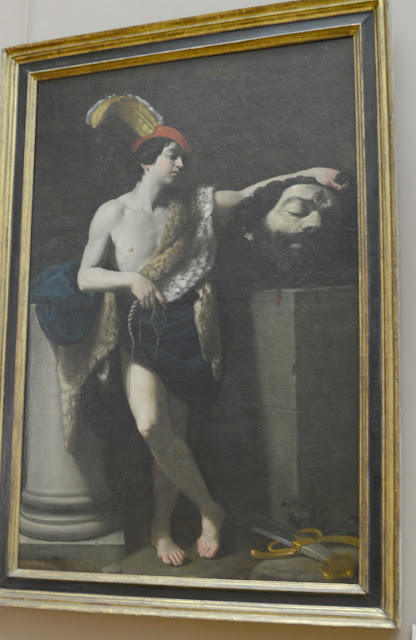 This is Reni's portrayal of David and Golaith.  Definitely not the manly muscle bound David I was expecting. 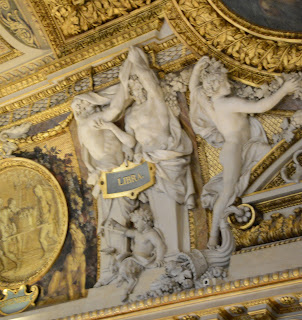 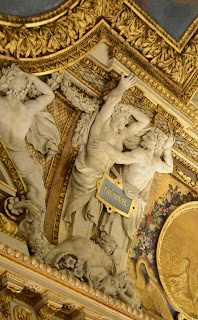 How appropriate that Libra (Lynne) and Taurus (Jim) were directly facing each other across this great hall.  Just waiting for the dancing to start :)

Not knowing very much about art (make that nothing) I tended to veer towards the ones that were a wee bit strange.  Hence the collection of paintings below: 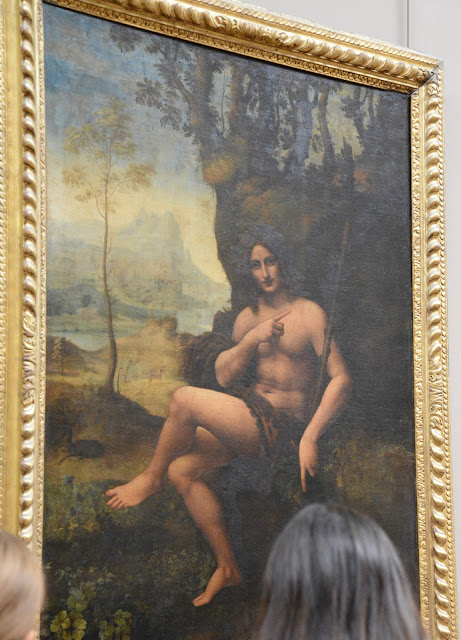 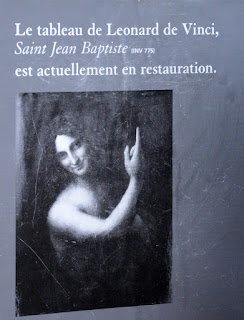 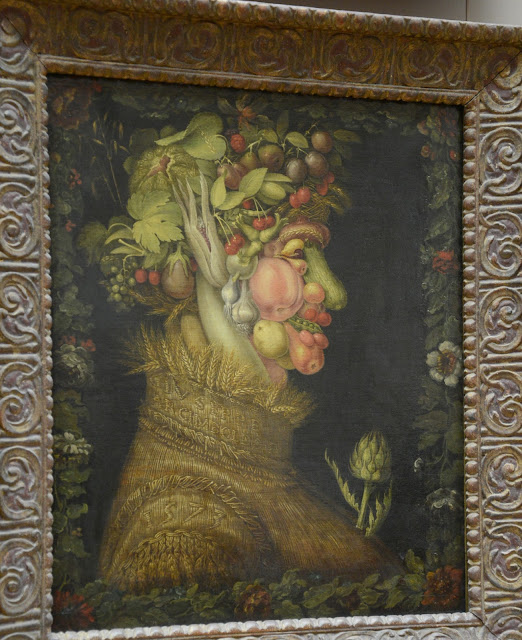 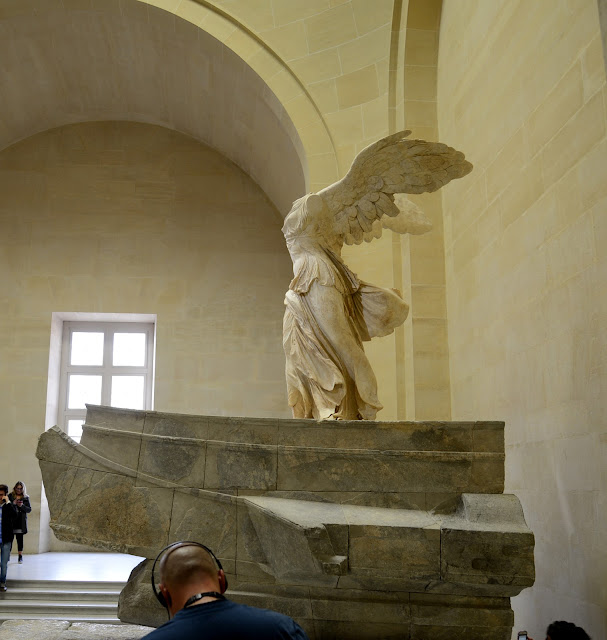 The Winged Victory of Samothrace dates back to 220BC and is at the top of a stairway.  I gather this is the original.  Very impressive.

So about now you are saying Lynne where is the Mona Lisa.  I saved her for last.  :)

This was me trying to get a picture of the Mona Lisa.  The crowd was 10 deep and not moving, not even looking at the picture just trying to get a selfie.  I was very surprised that they allowed selfie sticks.  People were getting clunked on the head all the time.  Remember my Paris lament, thank goodness it isn't July. 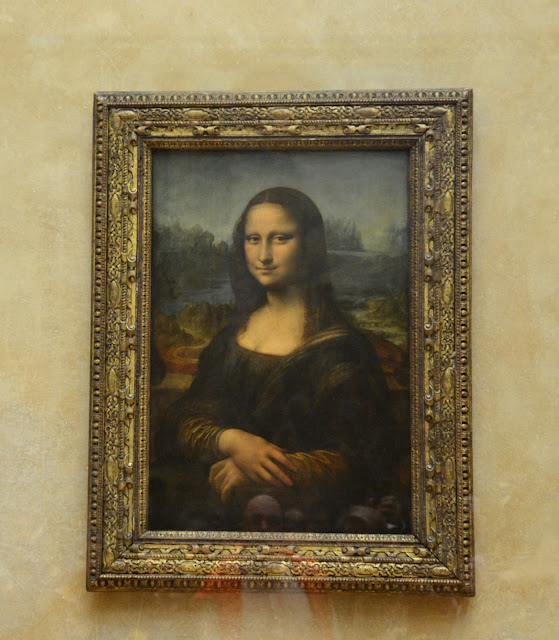 Jim being the good hockey player that he is and a fair bit taller than the rest of the crowd, put elbows up, took my camera and came up with this beautiful picture.  That's not a ghost in the bottom, she is behind glass so that is a reflection of the people in the front.  I never did get that close.  LOL