A walk to Dana Harbour - a little jewel on the coast

Dana Point and Capistrano Beach run into each other.  It is 5000 Steps to the Dana Point Harbour.  Not only does it have the best fish and chips in the area, you can also go whale watching and take a boat to Catalina Island.  The history of Dana Point and it's huge harbour is quite interesting.  Click here to find out how it was named.  Richard Henry Dana Jr named it the "only romantic spot on the coast".  And it is beautiful. 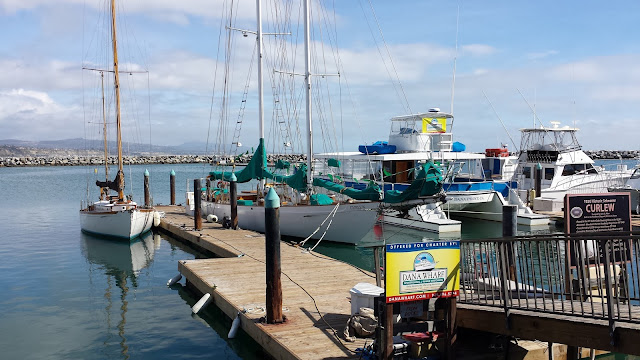 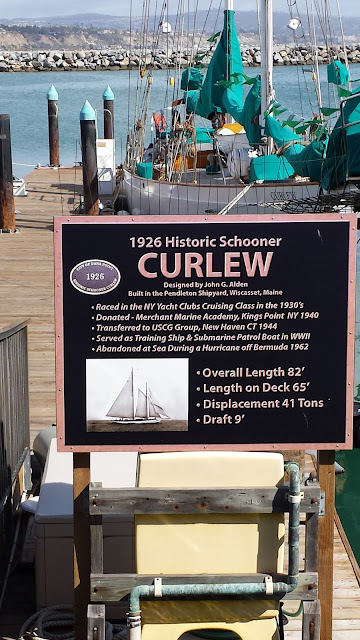 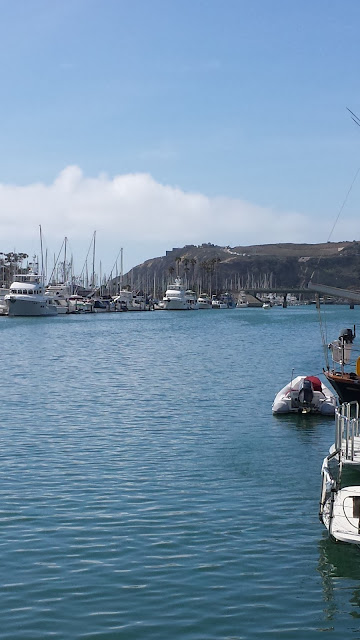 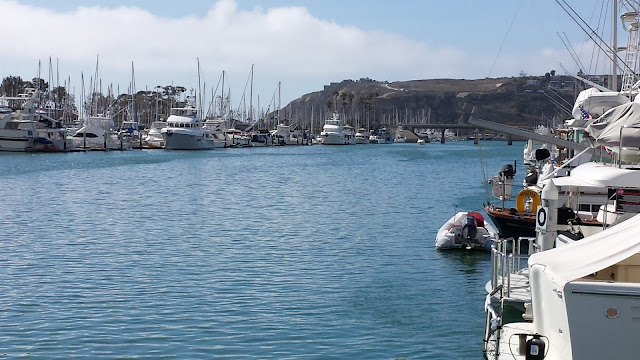 Paddle boarders, boats and surfers all share the harbour.  I always thought that paddleboarders were yoga type relaxing exercises, not in Dana Harbour, they were racing through the harbour. 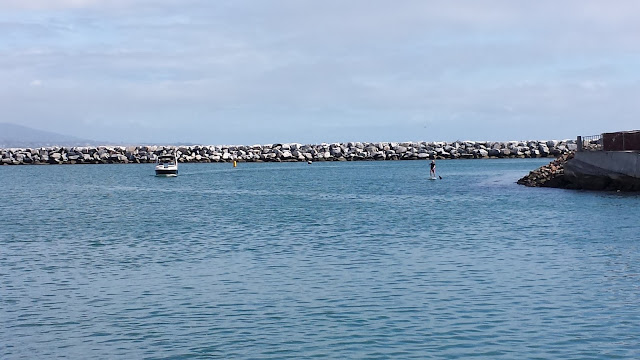 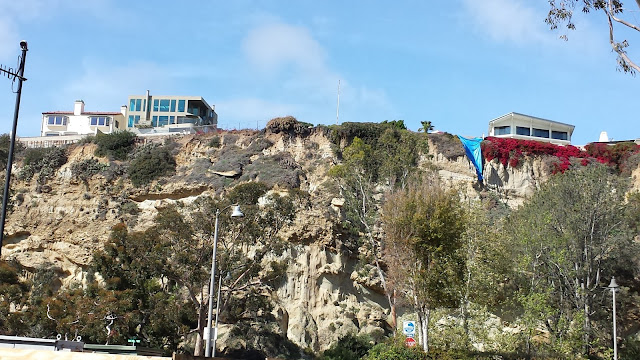 You think that the rain is dangerous to these houses on the cliffs, but the drought of the last 4 years has done just as much damage as the foliage which holds the cliff together is drying up which then means the cliff has nothing to hold it together. 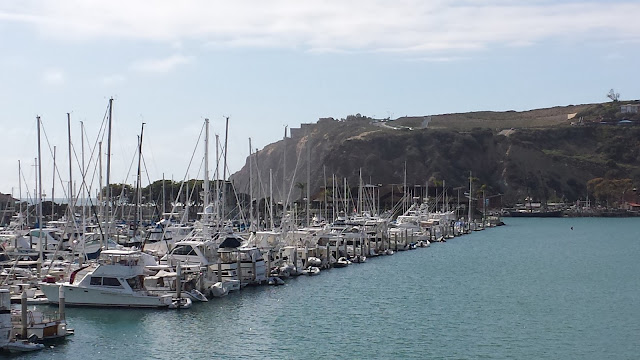 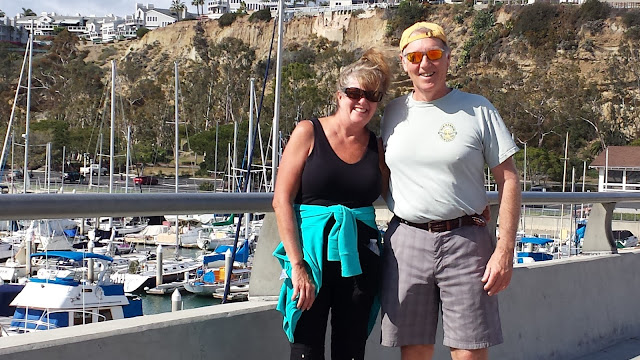 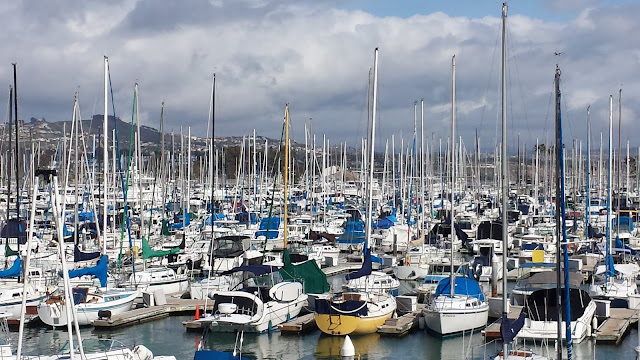 This coast had the best surfs in the world until the 1960's when the harbour was built.  It also was known for the most dangerous waves along the California coast. 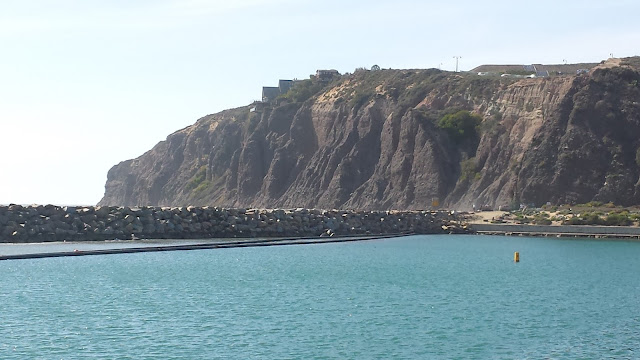 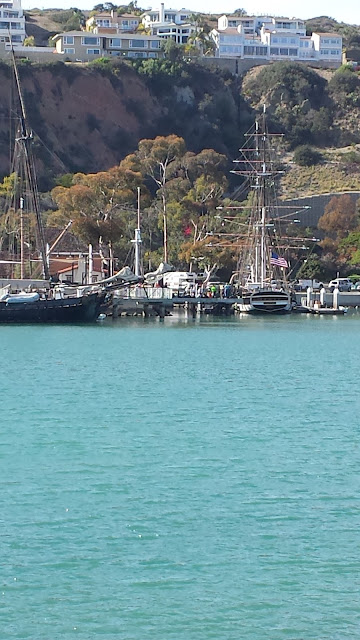 Our timeshare is one of those white buildings on the coast.  You have to close the door to hear the TV as the waves are so loud. 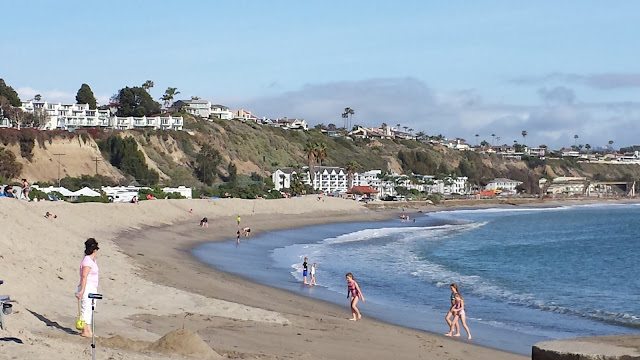 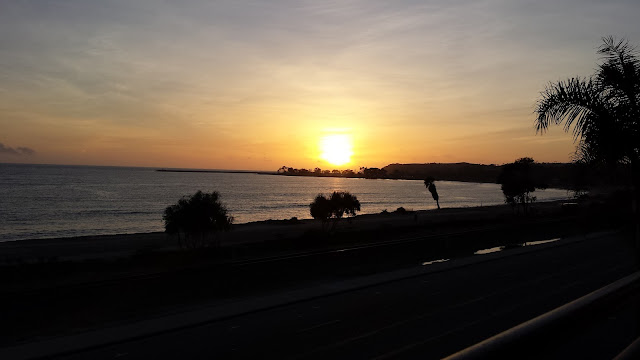 I've been reading up about sunset pictures and it said to make sure to have a focal point in the sunset and/or a silhouette.  I was hoping for a sailboat but this was all I could find.  Not sure if the following works :)  LOL 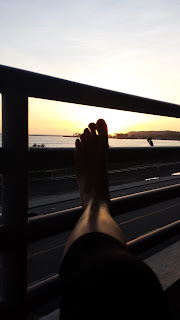 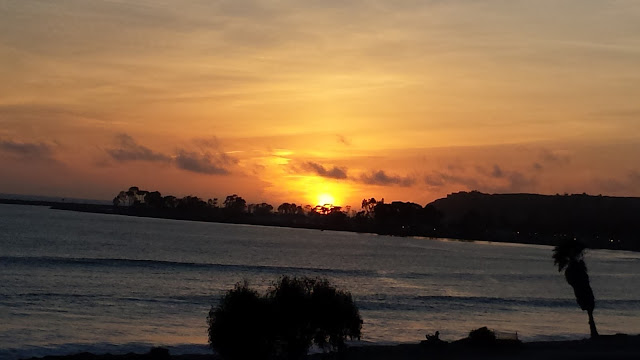 Jim and I keep talking about how great it would be to buy another house in the south and this is definitely the state we would love to live in.  The people are wonderful, there is the oceans, the mountains, the desert, wine country, everything you could ask for as you escape another Ontario winter :).  It is also close to Hawaii :)  btw we did 15000 steps in less than 3 hours, amazing what you can do when you aren't hitting a little white ball around.  Another thing California has in abundance, golf courses.